From antelope-speckled, short grass prairies in the east to snow-capped mountain ranges and free-flowing rivers in the west, it’s no wonder Montana has been dubbed “the last best place.” Inspiring landscapes and easy-going, friendly towns combine to form Montana’s six distinct regions.

In fact Montana has several nicknames, none official, including: "The Treasure State" and "Big Sky Country", and slogans that include "Land of the Shining Mountains" and more recently, "The Last Best Place".

The state ranks fourth in area, but 44th in population, and accordingly has the third-lowest population density in the United States.

Montana is well known for its mountainous western region, most of which is part of the Northern Rocky Mountains. About 60% of the state is prairie, part of the northern Great Plains.

The economy is primarily based on services, with ranching, wheat farming, oil and coal mining in the east, and lumber, tourism, and hard rock mining in the west.  Millions of tourists annually visit Glacier National Park, the Little Bighorn Battlefield National Monument, and three of the five entrances to Yellowstone National Park. The Bureau of Economic Analysis estimates that Montana's total state product in 2003 was $26 billion.

Montana is a relative hub of beer microbrewing, ranking third in the nation in number of craft breweries per capita.

Montana's personal income tax contains 7 brackets, with rates ranging from 1% to 6.9%. Montana has no sales tax.

The Montana State University Department of Animal and Range Sciences estimates that in the State of Montana are between 150,000 and 180,000 horses.

Have a cow!...OR some chickens and a horse. Here is the perfect ranchette for your livestock and some country living! Are you a horse lover? Property is ready to go for you and your four-legged friends! Stroll out to the chicken coop for some farm fresh eggs for your morning breakfast. Enjoy the 60x120 fenced garden area for those fresh veggies and herbs. Park your full size truck, toys, tractor, and MORE into a huge, fully insulated, heated, newly built shop with concrete floors, that measures 40'x60'x12' high, with 10' garage doors. Two 500 gallon propane tanks. Enjoy 200 gallons / per minute from 150' deep well. Short drive for Missouri River access! Call today for your showing! 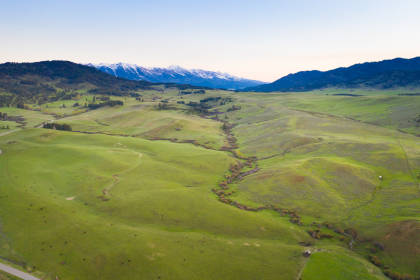 Build Your Montana Dream Home at Shades of Gray Ranch

NEW PRICE!! Welcome home to the Shades of Gray Ranch located in the Jackson Creek area of Bozeman, MT. Shades of Gray is 192 acres of beautiful land-the perfect location to build your Montana Dream Home with plenty of space for a barn and arena. Beautiful rolling fields that are wonderful for riding or for having lovely fenced pastures. The back section of the property has a creek for watering and gorgeous slopes with trees for shade. Enjoy the quiet of this "off the beaten path" property to connect with nature and provide a peaceful place for your horses to graze or train. Plenty of acreage to grow hay as well. Spectacular views of the Bridger, Bangtail and Absaroka mountain ranges and two flowing tributaries of Jackson Creek make this a place you will never want to leave. A legacy property with multiple building sites makes Shades of Gray perfect for a family compound. This property has paved road, year round access and there are possibilities for subdivision. Enjoy nearby hunting, fishing, hiking, and photographing the local elk herd. Shades of Gray is 20 minutes from the Bozeman Yellowstone International Airport and perfectly located between Bozeman’s sophisticated, vibrant downtown and Bridger Bowl ski hill. Montana is calling and now is the time for you to answer. 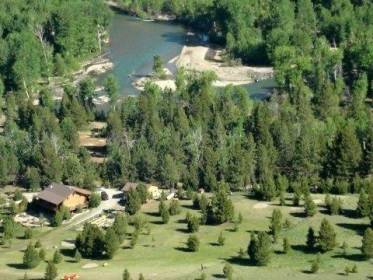 SLICE OF HEAVEN ON THE BLACKFOOT RIVER, LINCOLN MT 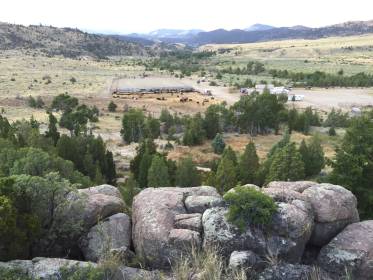 Within minutes of Whitehall Montana and nestled in the heart of the Pipestone Valley, the VVV Ranch is comprised of 218+/- acres with 2 homes and a partially finished office/guest home. This diversified property is currently being utilized as a horse training facility and summer grass pasture for cattle. Beautiful homes, shop, roping arena, numerous horse pens, RV hookups and Little Pipestone Creek that flows almost ¾ of a mile through the property completes this outstanding ranch. 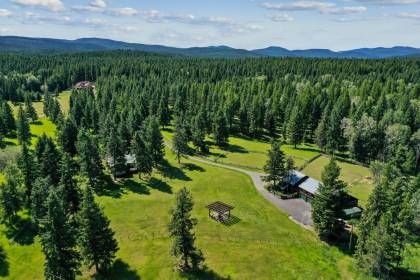 Breathtaking 22 acres in NW Montana with handcrafted cabin and barn!

Just minutes from Trego, this incredible property is truly rustic elegance and comes with everything you'd want for your modern homestead. The 22 acres with split-rail fencing has it all: well-managed timberland, weed-free pastures, horse training paddocks, manicured, landscaped lawn, serenity, and views of the Rocky Mountains. Every piece of wood used in the construction of the buildings came from the property. The fully-scribed log home, beautiful log and wood accents throughout, has state of the art appliances, central HVAC heating/ac, 2 wood and 1 propane stoves for heat or ambiance, Hunter ceiling fans, and custom chandeliers. In addition to the kitchen/living area, there are 3 bedrooms (2 in the finished, daylight basement), 2 ½ baths, and a loft perfect for a guest or play. The master suite on the main floor includes a sitting area, a huge walk-in closet, and access to the deck and hot tub. The barn has 3 stalls, tack room, and loft rec area with hand-built log furniture for solitude or entertainment. Above the 4 car, garage/shop is a comfortable, furnished apartment with kitchen cabinets that have hand-crafted stained glass insets, central heating, 2 bedrooms, bath, and plenty of space to breathe. Other features include a tree-house built especially for anyone as a getaway, a Quonset hut with all the equipment you need to maintain this "gentleman's ranch," a tool shed, and outdoor pagoda with a barbecue pit. 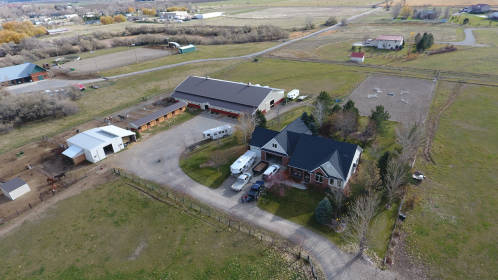 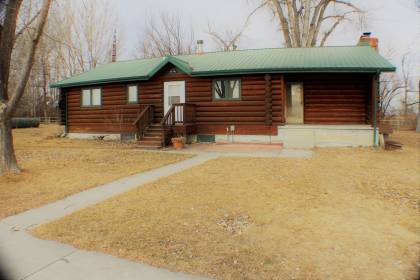 Horsemans Dream! Just over 28 acres with arena, irrigated pasture, corrals and automatic water. A freshly sealed and well maintained log home! 3 br on the main level 2 ba and an additional 2 NON-egress bedrooms in the basement and bath. Wet Bar, Fridge and Keggerator for easy entertainment in the basement family room. Rv Hookup and Storage! New well improvements in 2019 - Too much to list! A must see in North Valley Big Horn County! **An addition 160 acres of Irrigated Hay under pivot is also available.Listed by UBARS ..call 406-839-5424 for details. 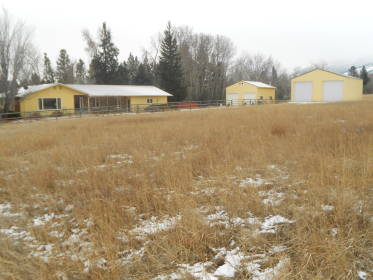 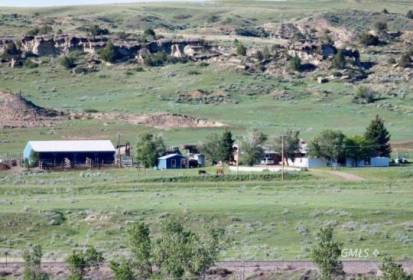 Come check out this ideal horse property. This beautifully updated home has a western contemporary flare with trendy upgrades and offers amazing views of Makoshika State Park. The open layout offers two master suites on the main with full-size bathrooms. The custom built kitchen has plenty of hickory cabinets, a beautiful built-in hutch and an eat-at bar that opens up to the casual dining space. Other touches to appreciate include the large fireplaces with hand picked stones, the three season room with amazing views of the property, a bar with glass block accents and a new wood stove. The home will get a New Roof in the Spring. Outside is a wraparound deck, patio and private courtyard. The property is fenced, has automatic water tanks, a 2,560 square foot barn, heated shop, storage shed and additional outbuildings. Ride your horses on the 18.58 acre property or trail ride in Makoshika Park, the possibilities are endless. The property is a hunter's delight with mule deer, whitetail deer, antelope and more - surrounded by the badlands. Montana Mini Herefords is calling your name!