From antelope-speckled, short grass prairies in the east to snow-capped mountain ranges and free-flowing rivers in the west, it’s no wonder Montana has been dubbed “the last best place.” Inspiring landscapes and easy-going, friendly towns combine to form Montana’s six distinct regions.

In fact Montana has several nicknames, none official, including: "The Treasure State" and "Big Sky Country", and slogans that include "Land of the Shining Mountains" and more recently, "The Last Best Place".

The state ranks fourth in area, but 44th in population, and accordingly has the third-lowest population density in the United States.

Montana is well known for its mountainous western region, most of which is part of the Northern Rocky Mountains. About 60% of the state is prairie, part of the northern Great Plains.

The economy is primarily based on services, with ranching, wheat farming, oil and coal mining in the east, and lumber, tourism, and hard rock mining in the west.  Millions of tourists annually visit Glacier National Park, the Little Bighorn Battlefield National Monument, and three of the five entrances to Yellowstone National Park. The Bureau of Economic Analysis estimates that Montana's total state product in 2003 was $26 billion.

Montana is a relative hub of beer microbrewing, ranking third in the nation in number of craft breweries per capita.

Montana's personal income tax contains 7 brackets, with rates ranging from 1% to 6.9%. Montana has no sales tax.

The Montana State University Department of Animal and Range Sciences estimates that in the State of Montana are between 150,000 and 180,000 horses.

Spectacular horse ranch at the base of the Swan Mountains in Montana. This is a horse enthusiasts dream property! Enjoy the 25 acres & facilities for personal riding/training of your horses, or run your equine breeding/training business, while living in the beautiful 4725 sq ft, 5 bed, 4.5 bath home with timberframe interior. Included in this amazing property is an outdoor riding arena, an indoor riding arena, a horse barn with 10 horse stalls & a 40' x 60' shop with 3 roll-up doors. 20 acres is crossed fenced with smooth wire into 6 2.5-acre paddocks and 1 5-acre paddock. 4 with loafing sheds, frost free hydrants, automatic waterers & electric service. Property is adjacent to Strawberry Lake trailhead with hundreds of miles of National Forest land to hike, bike, ski & snow mobile. 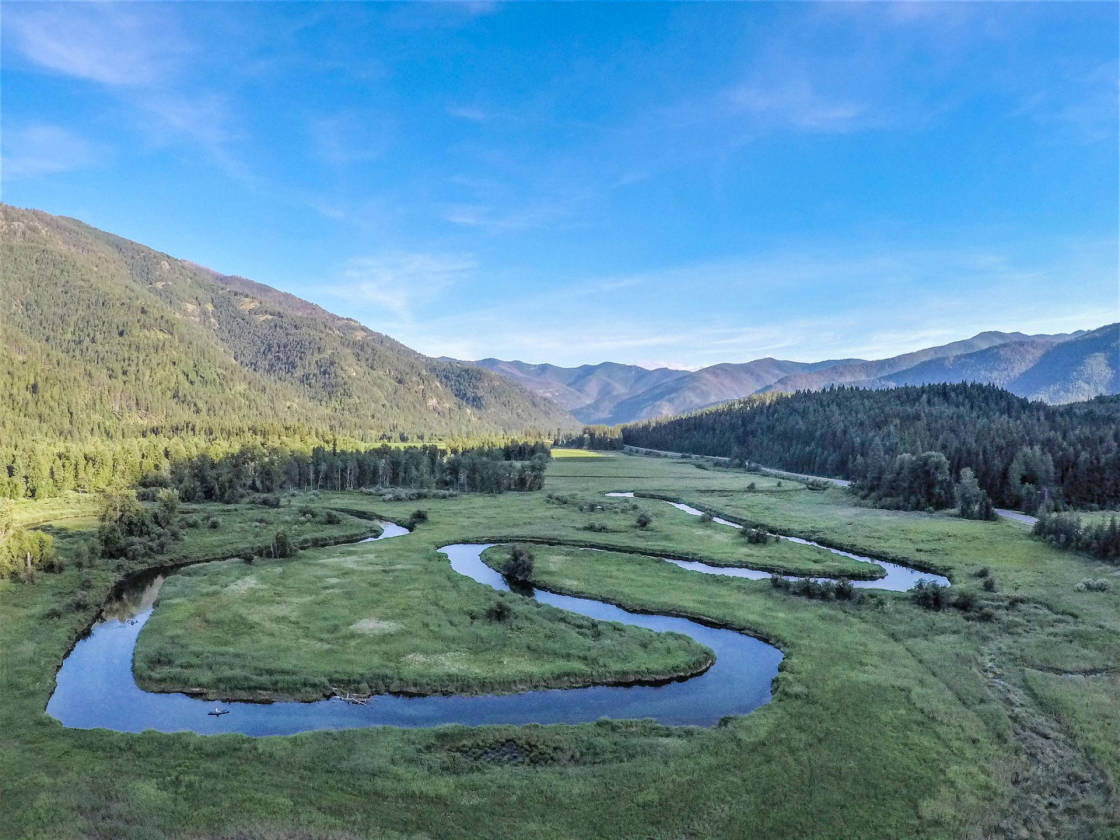 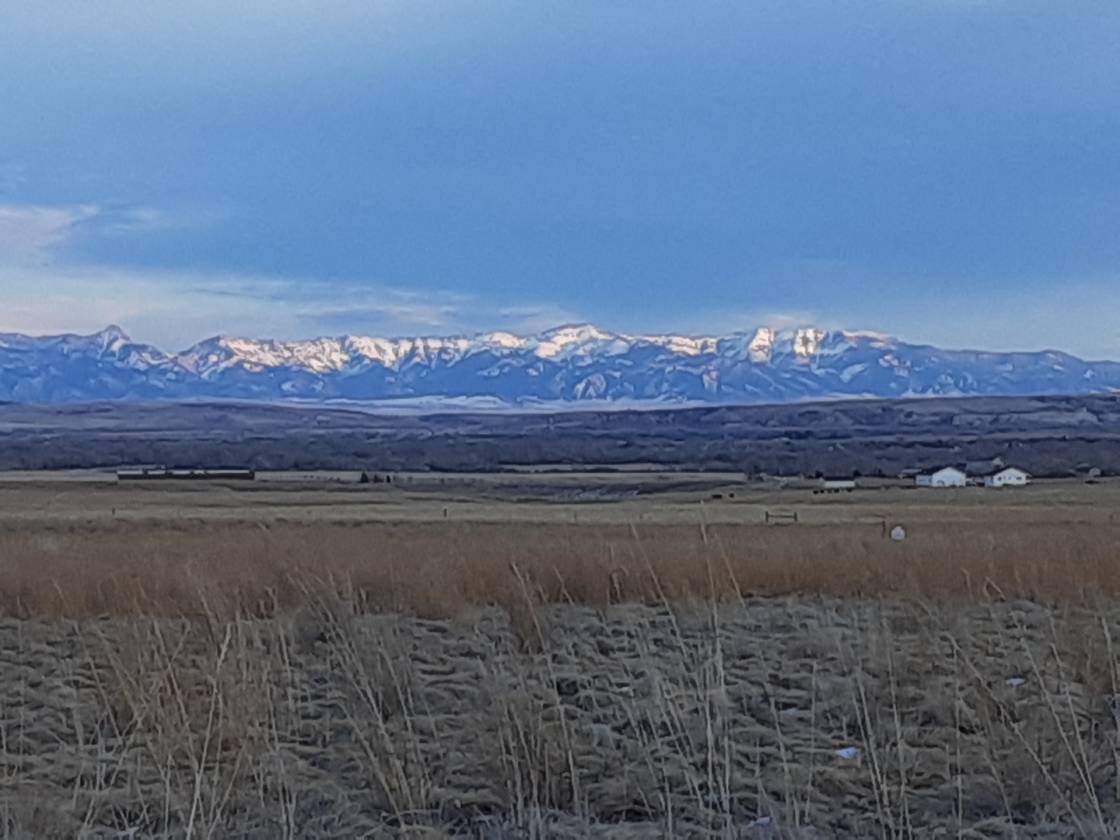 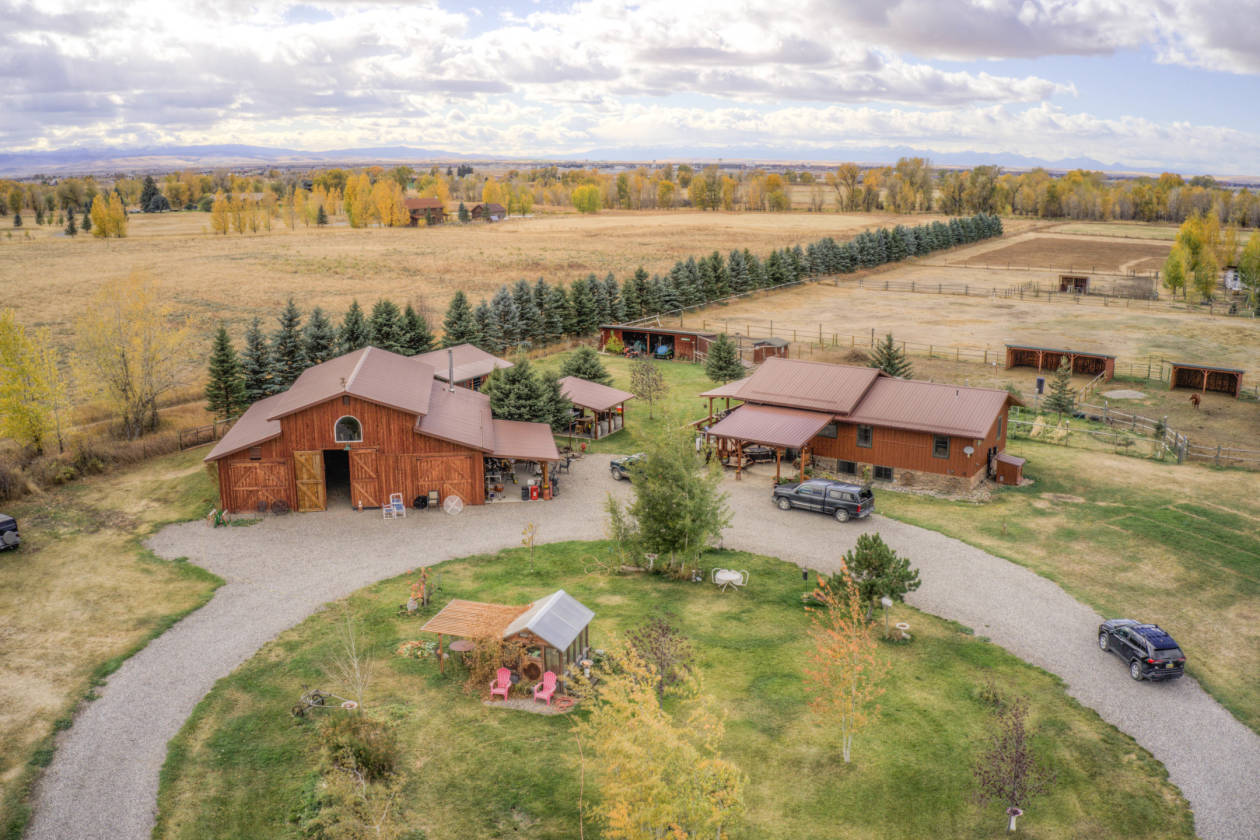 Surrounded by stunning views of the Bridger Mountains

Surrounded by stunning views of the Bridger Mountains this Horse Property is a very unique home in a lovely setting, gives one room to play and carve out their own designs for it. Make this home into a real show place! An open concept on both levels w/ barnwood, log and shiplap interior; walk in closet, hydronic baseboard heating & pellet stove; a large deck right out the interior living, and a hot tub. A large barn w/pull through doors, shop space, loft for storage and parking vehicles, circle & handicap accessible driveway to facilitate delivery. The owners used to rent out the large barn for wedding venue. The're 3 loafing sheds, new well pump, new water heater, horse shelters, greenhouse, chicken coop, hay shed, horse paddocks and 2 fenced pastures for animals. Garden area fenced in, property has many fruit trees. Outdoor kitchen area is covered. Located 10 miles of Bozeman downtown.The hrs of maintenance can be seen throughout the property. Peaceful place. NO covenants. 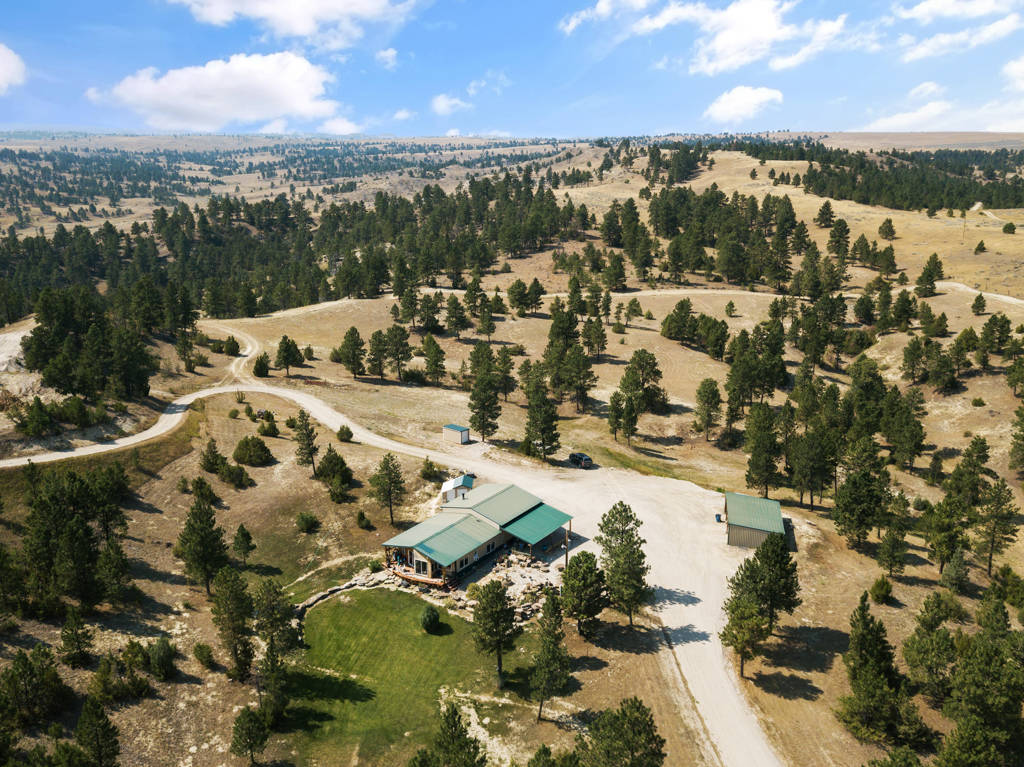 A unique opportunity to own an extraordinary 56-acre property offering seclusion (but quick access to I-90), 360 degree views and high speed internet! The property varies in terrain with miles of horse, ATV, and hiking trails. At the highest point of the property, located above the present home, is a meadow perfect for another homesite with panoramic views. Deep timber draws and meadows attract elk, whitetail deer, mule deer, moose, mountain lions, bears and geese. Fish on the Big Horn River known for Class I Blue Ribbon trout or hunt on the property for geese. Airline service & big store shopping less than an hour away. 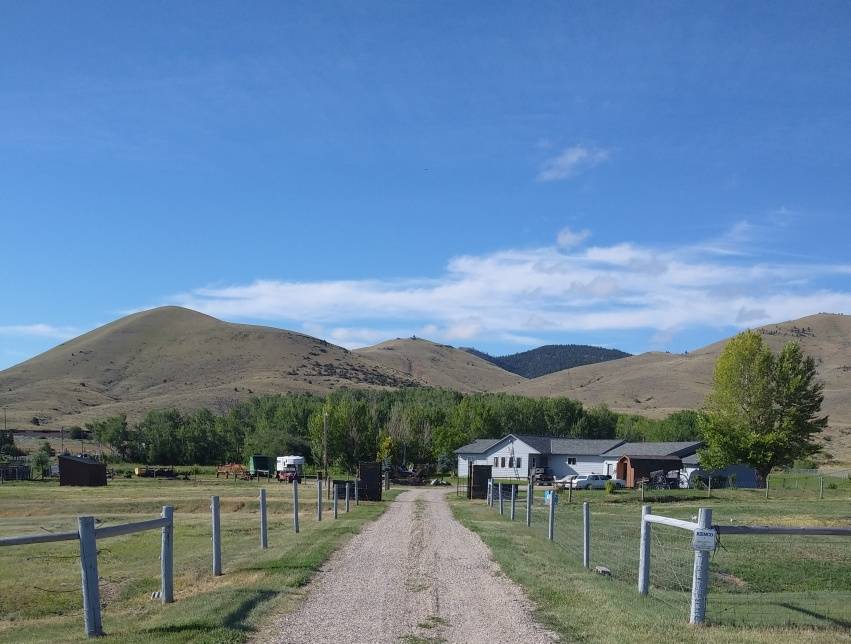 Property is located ten minutes from Helena, the Capitol of Montana. Silver Creek courses the entire length of the parcel, which features a newly remodeled home, five livestock pastures, each have their own auto watering system, a 50' round pen with slanted eight foot walls, five box stalls, a breeding/Veterinarian chute, three loafing sheds and a large fenced riding arena. Pastures are fenced and employ solar electric wiring. Wonderful views highlight the surrounding Montana Mountains. Call Lyndon Conroy at 406-461-6894 or your real estate professional. 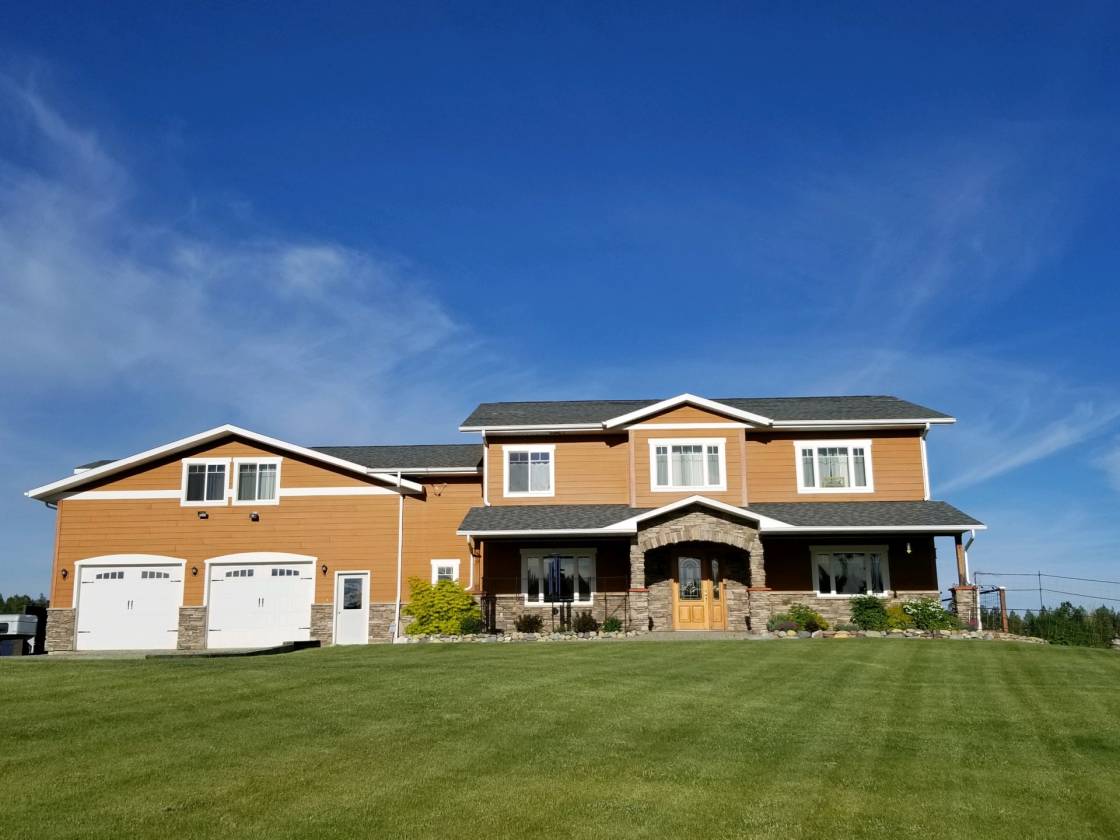 The Views are what Big Sky Country is all about for this wonderful home. Open setting 20.14 acres with most everything in place for your horses. Home has solid construction ICF concrete walls, R22 insulation , custom finished concrete floors, 4 Bedrooms, 3 baths, 2 laundry rooms plus additional 2 bedroom 1 bath guest quarters with full kitchen, . Dining & kitchen space is an open pallet ready for your custom design and finishes. Partially competed barn with tack room, grain and hay storage 4 stalls with auto water, rough plumbing in place for bathroom, 5 frost free hydrants and 10 zone lawn sprinkler system, enclosed flower garden with arbor and above ground pool, covered BBQ area, and wired for sound inside and out, coffee deck off master suite.

One of a Kind Home with Equine Facility Glendive, MT , If you are looking for the perfect Montana property, look no further! You will find this stunning 8.3 acre property tucked between the Yellowstone River and the Badlands just north of Glendive. As you enter through a private, grand archway, your eyes will view this scenic, emmaculate, equine premises. 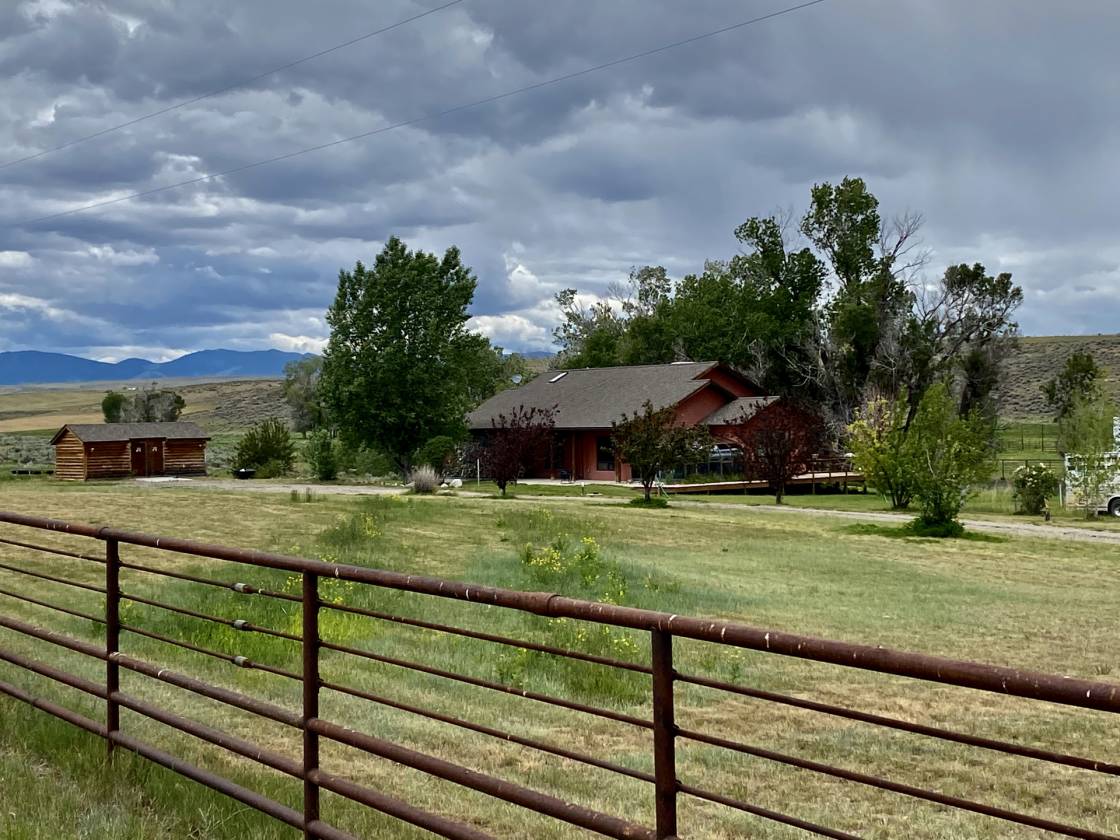 Cattle & horse property perfectly located, within 15 minutes from the charming town of Three Forks and only 45 minutes from all the comforts and conveniences you might need and an international airport in Bozeman. The property is 147.36 acres just off Milligan Canyon Road bordering other large ranches. It is unique for its exceptional livestock setup, views of the distant mountain ranges and easy accessibility to the interstate for commuting, allowing all-weather access to the property. If you own horses, cattle or other livestock this property may be perfect for your operation.