Michigan is in the upper Midwest and the heart of the Great Lakes region. It has many attractions, famous landmarks, and scenic state and national parks and forests. In addition to the great ones, it has about 12,000 inland lakes, 38 deep-water ports, and more miles of coastline than any state but Alaska, and more lighthouses than any other U.S. state. Its agriculture features tourist-friendly fare such as cherries, blueberries, peaches, apples, and wine. And its cities include a major metropolis, some university towns, and countless rustic villages. The state is geographically unique, being comprised of two major peninsulas and can be further divided into five distinct areas. They are the Upper Peninsula, (known to Michiganders as "The U.P"), Northern Michigan (Big Rapids and Northwards), Western Michigan (along the sandy coast of Lake Michigan), Central Michigan or "Mid-Michigan" and the Southeast or "Downstate".

he Lower Peninsula has the majority of the population (primarily in the south), while the Upper Peninsula, separated from it by Lake Michigan and a bit of Lake Huron, is mostly rural. Until 1957, the only way to drive from one to the other was to go all the way around Lake Michigan, or take your car onto a ferry. Michigan's economy was previously dominated by the auto industry, but has diversified somewhat as that and other traditional manufacturing industries have moved their facilities elsewhere, and it's beginning to attract more information technology, life sciences, and high-tech manufacturing jobs. Tourism is a growing segment of the economy, focusing in winter on activities in the snow, and in summer on the state's extensive beaches, lakes, and rivers. Hunting, fishing, and sailing are also popular outdoor activities. 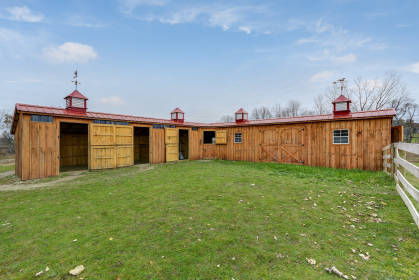 Peaceful country living on 13.36 private acres! Equestrians will appreciate the new horse barn featuring 3 10’x10’ stalls, tack room and plentiful hay storage. Highlights of the home include 3 bedrooms and 2 full baths, including a master suite. The finished walkout basement is perfectly set up for entertaining with an open layout and high ceilings. A large 3 car attached garage can accommodate cars and equipment. Additional outbuildings include a run-in shed with extra storage for hay or small equipment and 2 small animal shelters. Other property amenities include a 90’x120’ grass outdoor arena, 2 pastures and 1 paddock. Paved roads and Howell schools. 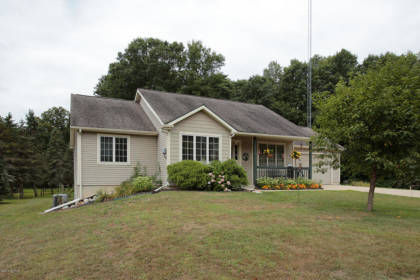 Beautiful, well maintained home - as great inside as it looks from the outside! Four bedroom, three bath home with 2600 finished square feet sits on tidy 3.4 acre parcel with so many great features inside and out! The living room with its vaulted ceiling is open to the kitchen and dining area, with sliders onto a backyard deck. The walkout level has a large family room and kitchenette for convenience and entertaining. This immaculately cared for home offers great exterior spaces, too! The 36x60 pole barn with 4 overhead doors and 220 amp service will hold every toy and vehicle you have. And if you have dreamed of a mini hobby farm, you will appreciate the 36x24 stable with two stalls and a tack room, complete with a fenced in pasture and year round freeze-free waterer You will also appreciate the hardwood floors on the main level, cute front porch, whole house generator and the mature pine and oak trees that add wonderful afternoon backyard shade. This is a property that is sure to not disappoint from the moment you pull in the driveway. 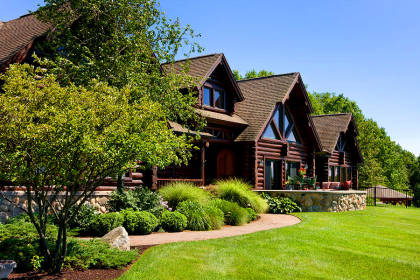 159 lightly rolling acres. Approx. 100 acres fenced in pastures w/run-ins or open hayfields. The balance of the acreage is wooded with trails. Main home has an attached garage and detached garage, 2 bedroom guest house with detached 3 car garage which is used for farm equipement storage also. Indoor arena and lovely stable. There are 3 additional outbuidings/barns. The custom log home is situated to provide privacy and outstanding views from several patios and enterainment spaces. Elegant rustic flavor with a grand 2 story stone fireplace and glistening hardwood flooring in the main living area. The fireplace is shared with the formal dining room open to a custom cherry and granite kitchen which flows into the Butlers kitchen. A sprawling main floor master suite opens to 4 decks and includes large closet and elegant bath. Upstairs is the family room area and 2 bedrooms, both with private baths. The walkout is perfect for entertaining w/bar, full bath and massage room and opens to the large fenced yard, patio and inground pool. There is a very spacious mud room with laundry and storage. The guest house is lovely with vaulted living room with fireplace open to the dining space and kitchen with eating bar. There are 2 bedrooms, full bath, laundry room and a screen porch with magnificant views. The stable is its own retreat with office/tack room, wash rack, lovely box stalls and a feed room with laundry and kitchenette.... all a short walk to the indoor arena. 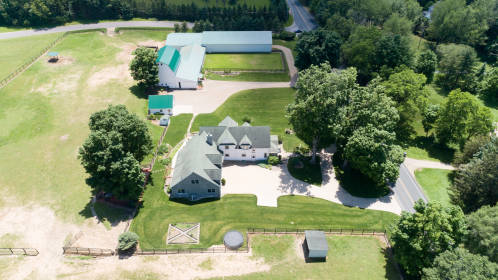 Extraordinarily stylish, meticulously maintained reproduction farm home that is perfect for the extended or multi-generational family. The original homestead was lovingly expanded with original style & modern amenities. The main home is finished with gorgeous wood trim and doors, stone fireplace, open rooms and floorplan, several outdoor spaces to relax or entertain. A well thought out main floor apartment with full kitchen, living room, BR, bath with shower and laundry. Fantastic views from all the rooms of the land, barns and garden. Fantastic location between the thriving economies of Kalamazoo and Battle Creek, close to schools, shopping and dining. A neighborhood is right around the corner for the kids to make friends while enjoying the farm atmosphere. 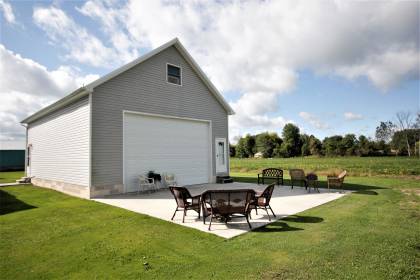 This property consists of 94 acres. 35 tiled, 59 hard wood. Two barns, first one is 40x60 with electricity and cement floor. The second bard is 30x50 with garage downstairs and APARTMENT upstairs perfect to live in while you watch you new home being built!! The farm-able portion of the property yields on average $100 per acre a year on lease. The 59 acres of hard wood consists of red and white oak (no ash). Average value to the hard wood is 20-30k. Currently the property has a buried water reservoir used for the apartment, however the neighbors both have 130 ft natural wells. 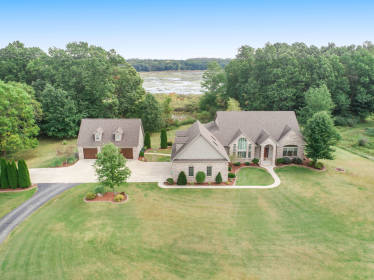 This beautiful waterfront home was completely remodeled in 2014. All new main level kitchen including appliances, cherry cabinets and granite counter tops. All new appliances in lower level kitchen. All new flooring through out including hardwood floors. All new master bath including a jacuzzi tub. All new office with built ins. Custom window treatments. 7 bedrooms, 4.5 bathrooms, 3 fireplaces, large kitchen pantry, exercise room with rubber floor, walkout level rec room. Large new deck off lake side in 2018. Detached, 2 story 3 stall garage was insulated and a new furnace added in 2018. Attached 3 stall garage got new epoxi flooring in 2017. All 5 garage doors new in 2018.... This is one that just has to be seen. The bigger picture is a 7600 sq ft home on 10 acres with 400 ft of lake frontage. Although this property is in a scenic country setting, it is convenient to Elkhart and South Bend in Indiana and Three Rivers and Kalamazoo in Michigan. Wine country and Swiss Valley Ski resort are also near by. There is fiber internet and additional acreage available. This one you really have to see! 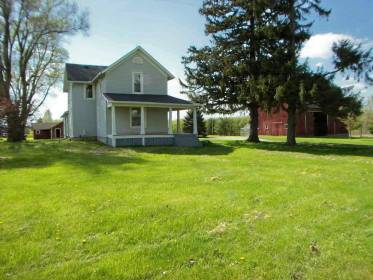 BEST VALUE IN DEWITT!! WELCOME HOME TO 7904 S. FRANCIS RD.! THIS NICELY UPDATED FARM HOUSE IS PRIMED AND READY FOR A NEW OWNER! IT FEATURES 4-5 BEDROOMS AND IS ON 6 LUSH ACRES! HARDWOOD FLOORS GALORE, PRIVACY ABOUND, MANY OUT BUILDINGS INCLUDING A HUGE BARN, 2-3 ACRES OF PASTURE WITH A NEW ZEALAND ELECTRIC FENCE, A LARGE COUNTRY FRONT PORCH, 2 FIRST FLOOR BEDROOMS, ROOM TO ROAM! EASY TO SHOW. NO VA, FHA OR USDA OFFERS WILL BE CONSIDERED. THIS WILL NOT LAST LONG SO SCHEDULE YOUR PRIVATE SHOWING TODAY! 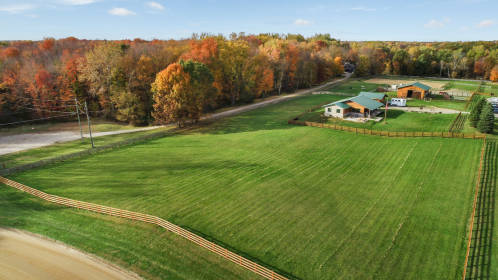 This one of a kind horse property is situated on over 5 acres in Fenton MI!

Exclusive Listing - Not on MLS. This one of a kind horse property is situated on over 5 acres in Fenton / Hartland Twp! 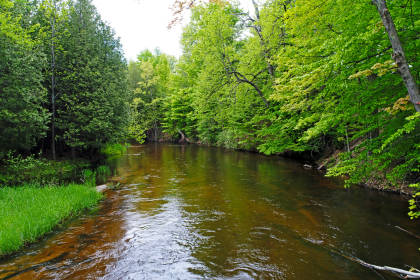 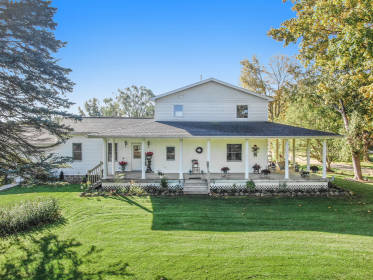 29 Acre Property in the heart of Eaton County

Situated on a dirt road, close to shopping, schools and town this house is ready for your perfect Hallmark life. This beautifully maintained farm home rebuilt from the studs up in the 1990's. It has all of the quaint charm of an early 1900's farm house with modern amenities, including main floor laundry. The kitchen has beautiful oak cabinets, new counters and backsplash and flooring. Main living room has bay window overlooking the pond and easy access to the large wrap around front porch and private deck in the back. This home has 4 bedrooms, with a main floor master and 2 and a half baths. Now let's talk about the outdoor living you will have. The are 3 outbuildings and a shed give you lots of room for storage. The larger Barn is 80' X 60' divided into 3 sections: 20'X60' with 5 box stalls, 40'X60' center with a 14' door; 17' to trusses and a 20'X60' lean to for equipment. Right outside of the large barn is a fenced in pasture ready for your horses grazing. The shed has a water well. The additional large barn has been used for many different uses. There is also a detached 1 car garage. And let's not forget an added plus, this property also has a electric for RV hookup and also 40 AMP hookup for hot tub on the deck.