Horse Farms For Sale in NY 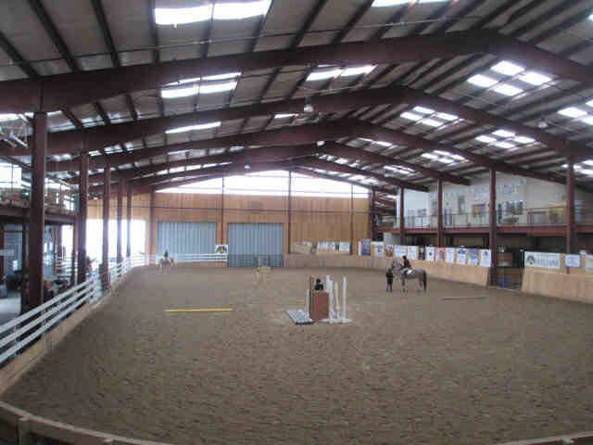 It is known as one of the top equestrian facilities on Long Island. As the only equestrian center in the Town of Hempstead, Nassau County NY, it is an indoor riding academy, boarding facility and equine rehabilitation center, that is closest to New York City. The equestrian center boasts a world-class riding arena, a multidisciplinary lesson program, therapeutic riding program, rehabilitation center for sport horses, horses for sale and lease, a horseback riding camp, and trail rides. The New York Equestrian Center is uniquely situated along Hempstead Lake State Park, which affords its access to the 775 acres and 9 miles of bridal path trails with scenic lakes, and horse country. In addition, the Town of Hempstead has approved to build a school on its grounds to host a world applauded therapeutic riding program for children with autism. This effort will surely impact all associated and will go on to become a world recognized leader in the space of equine therapeutic riding to assist children with autism. New York Equestrian Center continues to participate in an array of charitable events, parades and community causes. In addition, the center provides the Mounted Police Departments with horses. The center supplies towns, camps, and businesses throughout Long Island and the Five Boroughs of New York. •775 acres of permitted state land •9 miles of designated bridal trails •49 new classic stalls, with approvals for 63 stalls •Heated and air conditioned areas •Annex 25 acre upstate NY property with 15,000 square foot barn and 3,500 square foot five bedroom/ two bath Farmhouse •Only rehab center with state of the art equipment on Long Island •Fully trained experienced staff •Horses for all programs •10,000+ customer database •Point of sale system •Comprehensive business plan •Equipment •Trucks •Trailers •Utility vehicles •Furnishings •Trademark •Intellectual property •Originally established in 1924, completely redeveloped in 2014 •In the heart of Nassau County, Long Island as the only equestrian center in the largest and richest township in US, the Town of Hempstead •First time ever this property is up for public sale as an assemblage •Only 19 miles or 30 min from Manhattan, 5 miles from JFK Airport, 2 blocks to LIRR and 1 block from State Parkway exit 18 •11 mil people in 25 mile radius •Disciplines include hunter/jumper, dressage, western , race horses or syndication, veterinarians rehabilitation, and providing recreational and therapeutic horseback riding services to the public •Perfect for the equestrian enthusiast with countless possibilities in the sport of kings 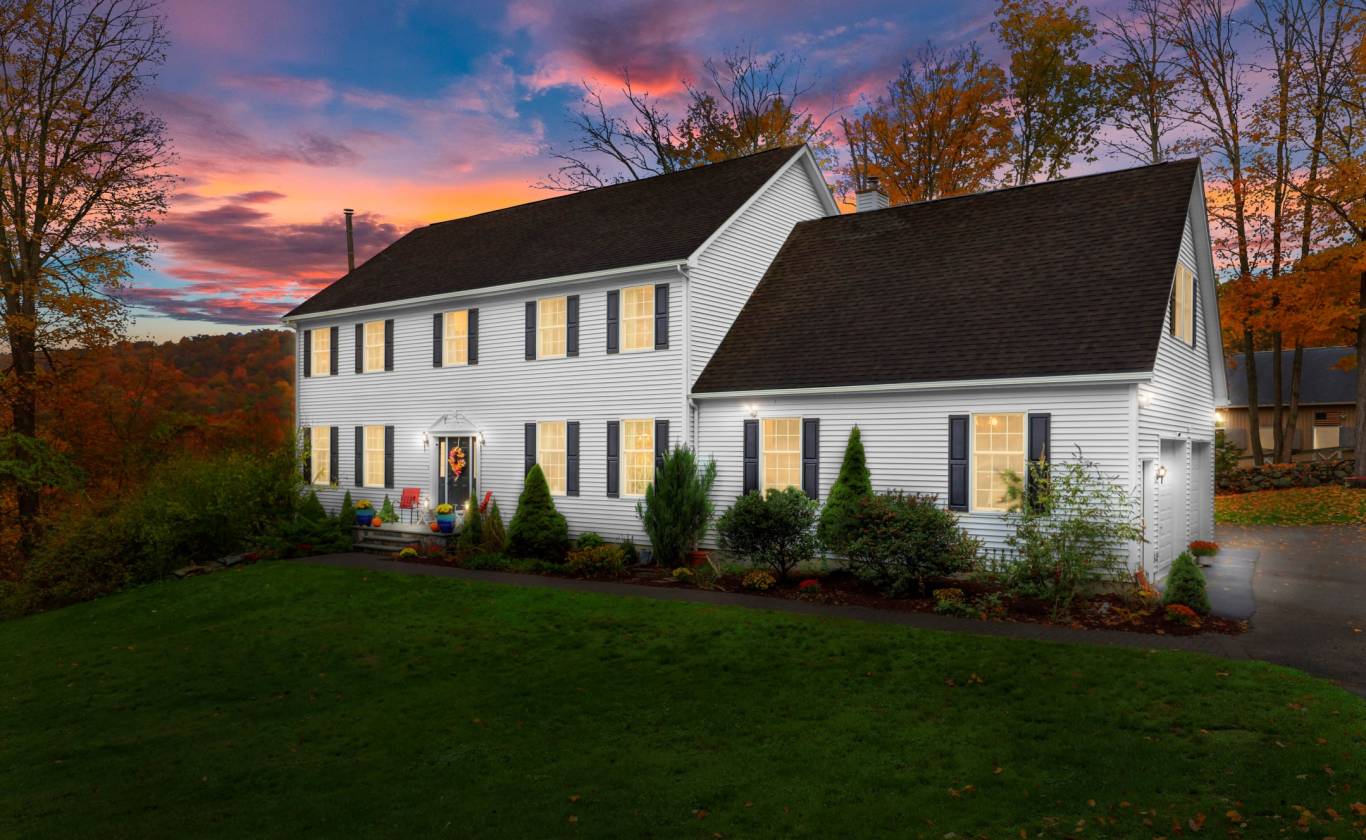 Welcome to Cross Creek Farm, majestically situated on over 15 sprawling acres in the beautiful town of Putnam Valley. Stunning views and spectacular vistas will take your breath away. Step into this lovely and meticulously maintained young Colonial and be greeted by a spacious foyer. There is a formal dining room large enough to host holiday gatherings and flows into the kitchen with maple cabinets, stainless steel appliances, a kitchen island with a sink, and sliding glass doors to the deck. Unwind in the large family room after a great meal or a stressful day. The formal living room with a wood-burning stove is located off the front entrance. Retreat & relax to the sounds of nature on the expansive covered deck and enjoy the gorgeous views. The upper level of this home has 3 spacious bedrooms, 2 with en-suite bathrooms, a hallway full bath, a den/office with a herringbone pattern hardwood floor, and an immense bonus room that can be used in a myriad of ways to suit your needs with stairs that directly access the oversized 2 car garage. Both the 1st and 2nd levels have hardwood floors throughout that were just redone this past summer. This horse farm includes a 7+ stall barn with tack room, a hay stall, and a huge loft area for storage. There are 4 upper paddocks and the lower meadow can be easily converted back into a paddock and riding ring. Canopus Creek runs along the lower part of the property and was a source of swimming for the owners’ children. This home comes with an automatic, full-house generator. With Clarence Fahnestock State Park and the Appalachian Trail nearby, there are plenty of options to enjoy the outdoors and the lovely Hudson Valley. Just a short drive to historic Cold Spring and Peekskill for additional eateries, shopping, and antiquing. Cross Creek Farm is conveniently located just above the Westchester County border and about an hour's commute to NYC.

Welcome to Whispering Creek Equestrian Stable. This unique property features a large a ranch home attached to the barn, an indoor stable and arena, outdoor arena and fenced in paddocks. A "party" gazebo over looks the pond where you can swim and kayak. This is a full service boarding facility. The barn has 20 stalls, heated blanket room, wash room, tack room with kitchenette and bathroom and a birthing room. Hay can be stored in the large loft. Close proximity to I86, I90 and Route 60. Please check out this website: https://www.whisperingcreekequestrianstables.com/

Equestrian estate with custom show stable with attached indoor arena. This immaculate equestrian complex is on 31.68 picturesque acres.  Open concept home perfect for family gatherings or entertaining guests.  While enjoying your gourmet kitchen take in the view of the horses grazing in their paddocks out your kitchen window.  An expansive wall of windows in both the Great room and Living room allow for endless sunlight  during the day and star gazing at night. Ride your horses at your top of the line show stable with attached indoor arena just steps away. 19  southern yellow pine stalls line the aisles, which give flexibility to use facility for ideal boarding, training, or private use. While at your stable relax in the heated Tack Room/Lounge and brew some coffee at the kitchen area.  Watch the horses being ridden in the attached Indoor Riding Arena, or walk outside and watch riders train in the outdoor arena. Whether you're in the house, stable, or in the paddocks take in the views of the surrounding fields or distant mountains. Convenient drive to Saratoga, HITS or GMHA.  Easy commute to NYC and Boston. Pre Approved buyers only.

Ideal Setting for a Small Horse Farm or Livestock

Welcome to 3993 Mote Rd, Gainsville NY. All nestled on 16+ deeded acres in a very low tax area. It's an ideal setting for a small horse or livestock farm.

You could own the nicest Horse Boarding Facility in Orange County located on 104 Acres with a 100' By 200' Indoor Riding Arena, a 30 Stall Double Breezeway Horse Barn. The Barn features a heated riders lounge and tack room and full hayloft. The generous 14' by 14' horse stalls each feature an automatic frost-free waterer. The Olympic-sized outdoor arena was designed with proper drainage and triangulated sand. The acreage dedicated to horse turn-out is defined by handsome wood-board paddocks. Hydrants and electricity have been run to the paddocks. There is a Covered kraft Hot-Walker. Car Lovers in the Family? Need a second Barn? There is an impressive 2006 Shop that measures 86' by 60' in addition to a 50' by 20' Former Dairy Barn with New roof, siding, windows, 5 Garage Doors & 2 separate Quarantine Horse Stalls. There are Miles of Quality Horse Fencing to admire here. This property features several ponds and beautiful mature trees.

If you are looking for privacy and connecting with nature, this 200+ acre horse and cattle ranch will be sure to catch your eye. Abundant wildlife including bald eagles, white tail deer, red fox and wild turkeys roam this beautiful working ranch that is located just 90 minutes from New York City. Located just five minutes from Bethel Woods Center for the Arts and 10 minutes from Resorts World Casino. Rolling hills with lush pastures and stately trees surround the property. The gated main entrance has a waterfall and a 14' custom iron gate that opens to a 4,000' paved private road leading to the ranch. There is also a secondary service/delivery entrance bordering a state highway for easy accessibility. Four-rail split fencing leads you to the ranch's entrance. The ranch property has miles of pipe rail fencing that requires little to no maintenance. The ranch consists of a Main Lodge, Farm Manager's House, a VIP Guest House with a completely updated kitchen (All Wolf and SubZero), 4 Bedrooms, 4 Bathrooms and a Private Conference Room/Library, Three Horse Barns, Woodworking Shop, Equipment Shop, Six Run-in Sheds, Two Recreational Ponds and Four Spring-fed Livestock Ponds. There are 10 fenced paddocks/pastures and a three mile private trail. 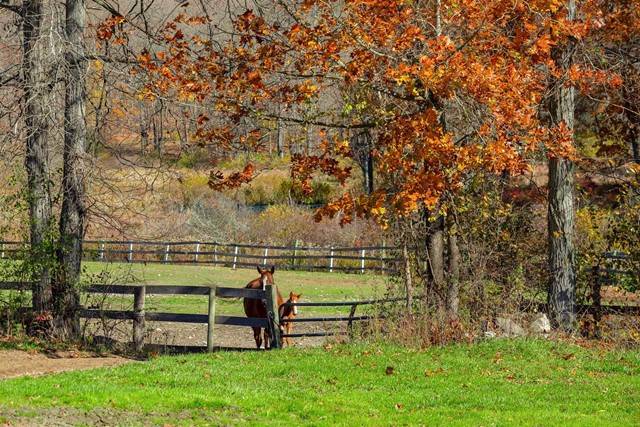 Fox Run Farm is a magnificent 130 - acre horse farm in the Hudson Valley.

Unique opportunity for an equestrian or developer. Fox Run Farm is a magnificent horse farm privately situated and surrounded by other large properties and protected land. The property is set far back at the end of a long driveway conveniently located between Millbrook and Rhinebeck in the bucolic Hudson Valley. Facilities include a 46 stall show barn with two feed rooms, two wash stalls, 70 x 170 foot indoor ring with Tru Tech footing and two apartments on the second floor of the barn. Additional barn with 16 stalls, 100 x 225 fenced outdoor ring, pond and extensive trails run throughout the 130 acre property. The farm boats lush green paddocks with run in sheds, a cross country field and a large round pen.