Often referred to by its full title, Washington State, to distinguish it from, Washington D.C. offers rugged coastline, deserts, forests, mountains, volcanoes, and hundreds of coastal islands to explore. The Cascade Mountains divide the state, with the damp forested coastal areas to the west, and pine forests, deserts and irrigated farmland of the Columbia River Plateu to the east. It is the adjacent to Canada.

The 2010 United States Census recorded the state's population at 6,724,540. Approximately 60 percent of Washington's residents live in the Seattle Metrolpolitan area, the center of transportation, business, industry along the Puget Sound.  Washington's climate varies greatly from west to east. An Oceanic climate (also called "west coast marine climate") predominates in western Washington, and a much drier climate prevails east of the Cascade Range.

Western Washington is known for its mild climate, considerable fog, frequent cloud cover and long-lasting drizzles in the winter, and sunny and dry summers. The western side of the Olympic Peninsula receives as much as 160 inches (4,100 mm) of precipitation annually, making it the wettest area of the 48 conterminous states.

The state's nickname "Evergreen" was proposed in 1890 by Charles T. Conover of Seattle, Washington. The name proved popular as the forests were full of evergreen trees and the abundance of rain keeps the shrubbery and grasses green throughout the year.

Washington has over 1,000 dams, built for a variety of purposes including irrigation, power, flood control, and water storage

This grand equestrian paradise is located on 9.8+ acres just south of town near West Beach and features a large custom home with 10-ft ceilings, geothermal heating, and an open entertainer's kitchen that looks out over the fenced pasture land. The dual master suites allow plenty of room for guests and the large indoor riding arena and attached workshop round out this beautiful property! The adjacent 9+ acre property & home also for sale under MLS #1591882 (2224 Hastie Lake Road). 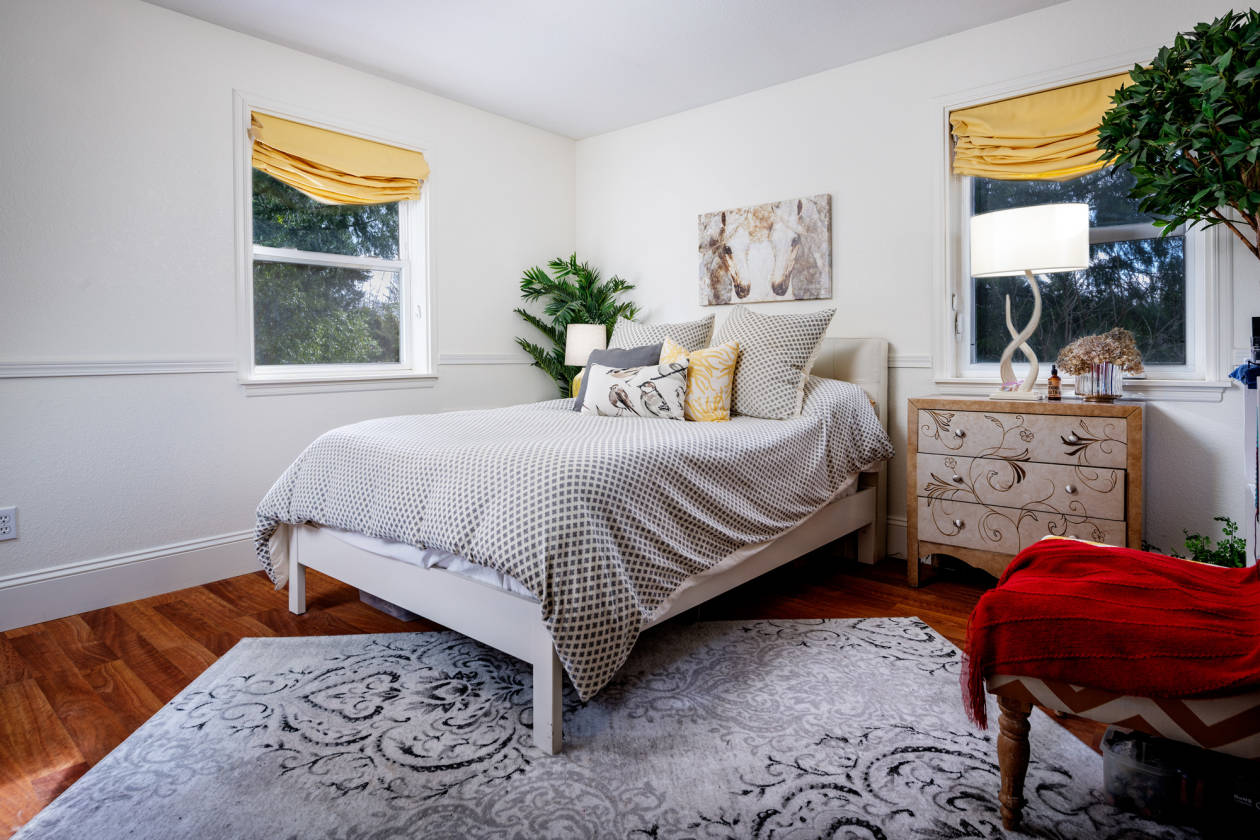 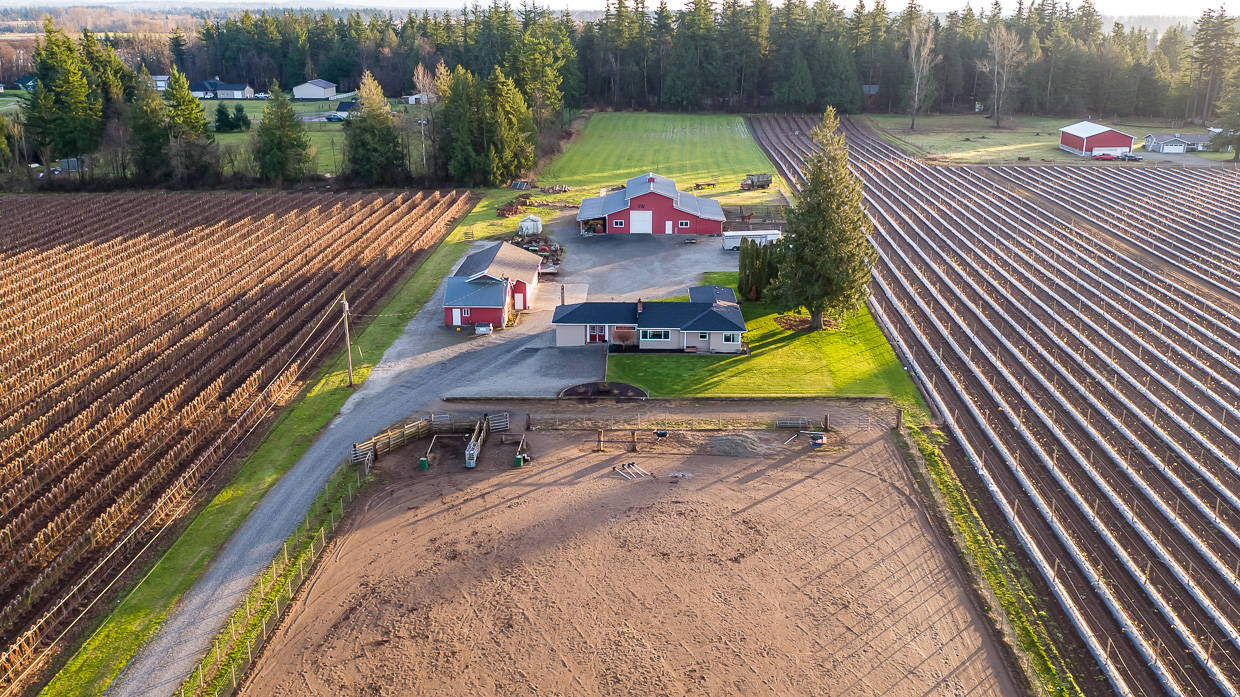 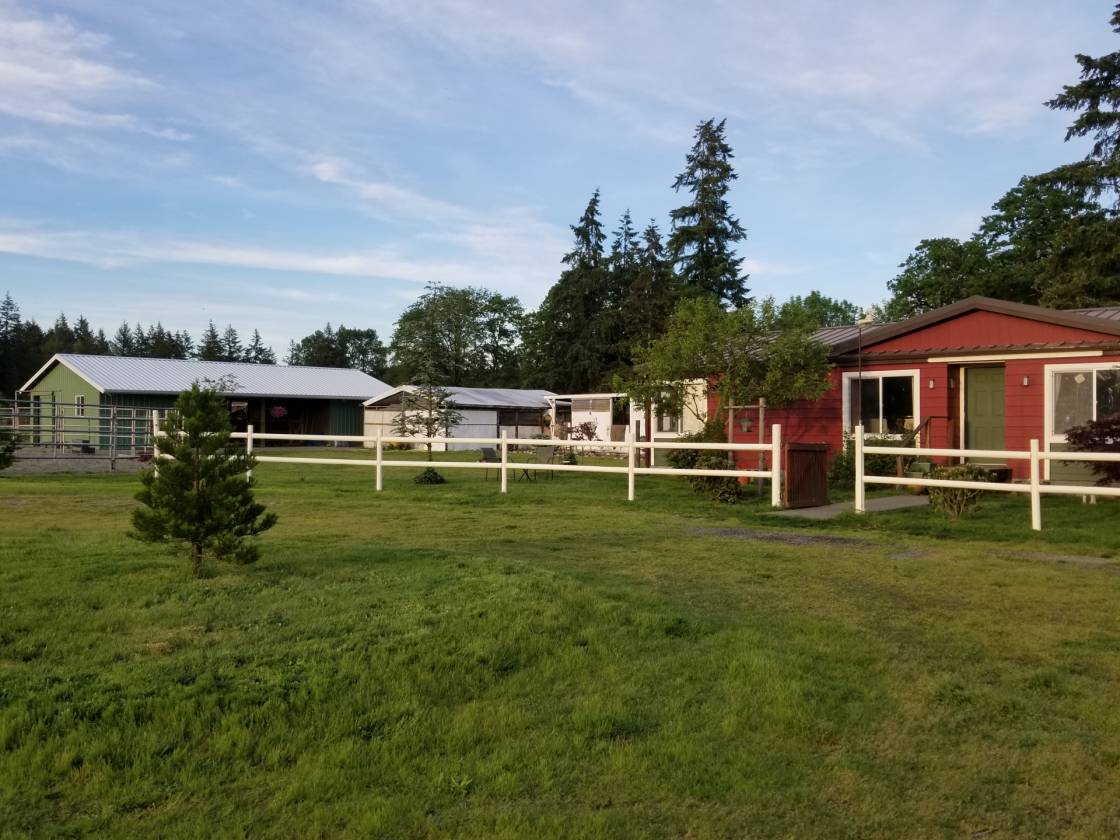 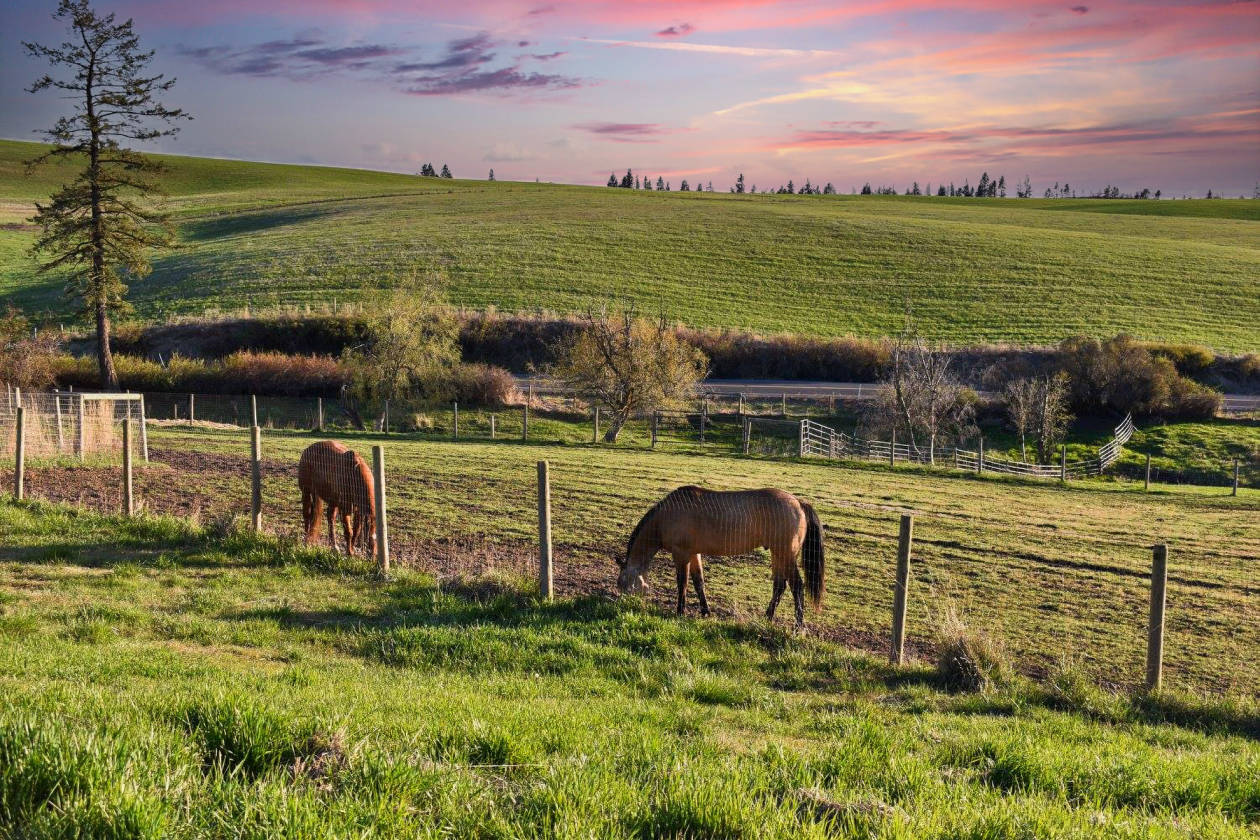 Not everyday does an opportunity like this present itself - Mt Hope Stables an income producing stable has come to the market. The home is located just 25 mins South of Spokane (15 mins to S Hill) in a gorgeous private setting w/ views to Mica Peak, Tower Mtn, and surrounding foothills. There is a 60' x 156' indoor riding arena & 100' x 200' outdoor riding arena. 16 - 12' x 36' matted covered stalls, many w/ runs & 3 - 12' x 24' foaling stalls with paddocks (24'x24'). There are and additional 5 paddocks w/ shelters in place & 4 horse electric variable speed horse walker. Inside the barn you have a heated bathroom and wash stall, & 2 tackrooms. 40' x 60' hay barn, 24' x 30' shop, and a 3 bay shop. There is 22 acres of brome grass averaging 35 tons a yr. The property is fenced and cross fenced with no climb fencing. There is even a year around creek on the property! The 3000+ sq foot brick home was completed remodeled back in 2006. New windows, paint, and flooring. Open floor plan, large country kitchen w/ amazing views. Ask to see the 3D virtual tour of the property. Call today to schedule your private showing. 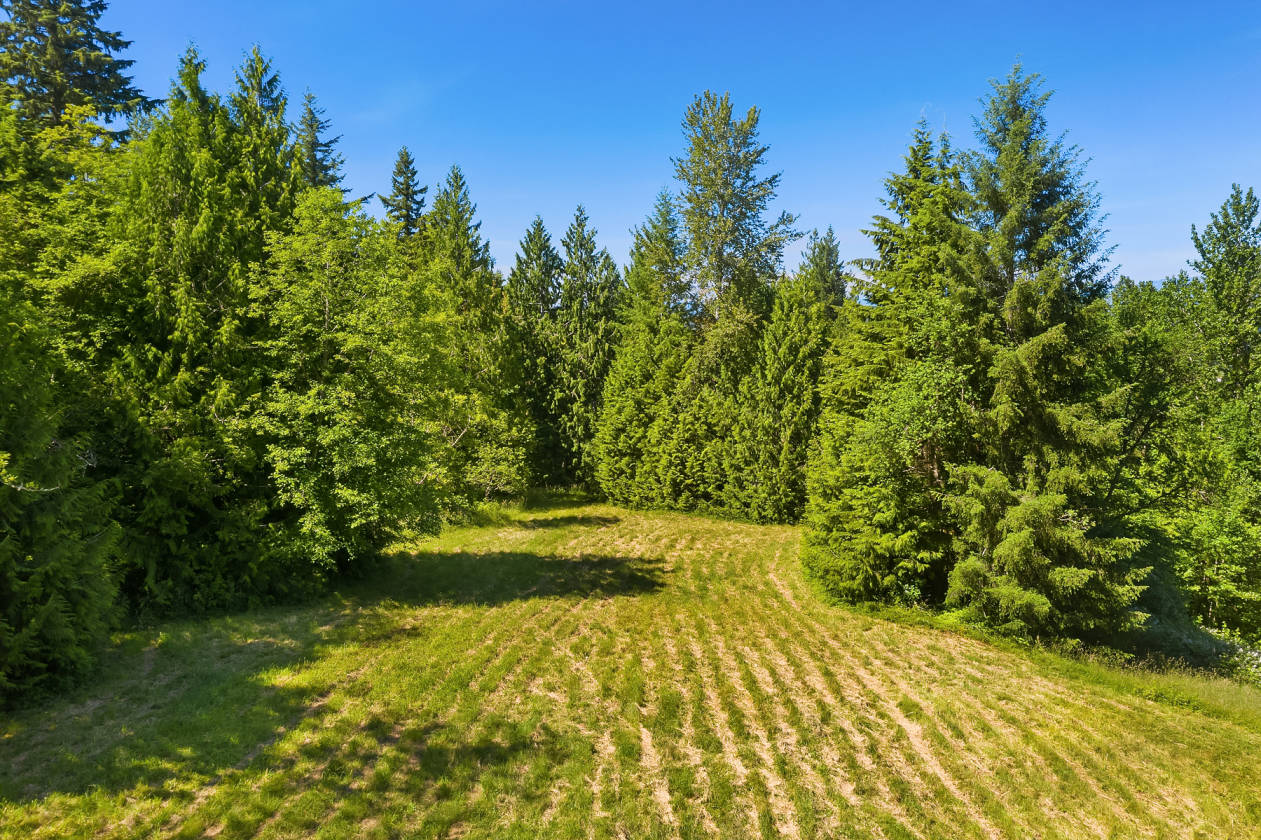 Crisp country air, snow-capped mountain peaks and 22 gently rolling acres. A canvas of endless opportunity, partially cleared and zoned RA-10. Bring your builder and realize your dream of a private mountain view compound enveloped by loft evergreens. An exceptionally private pastoral setting located just minutes from I-90 & the pulse of the Eastside. 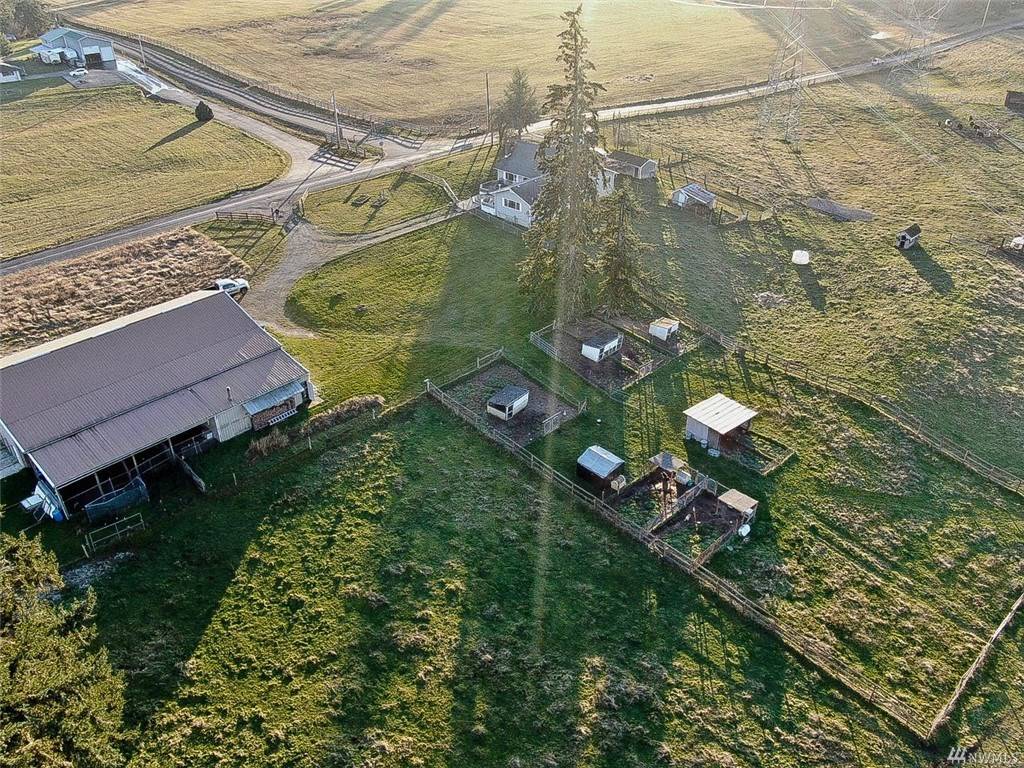 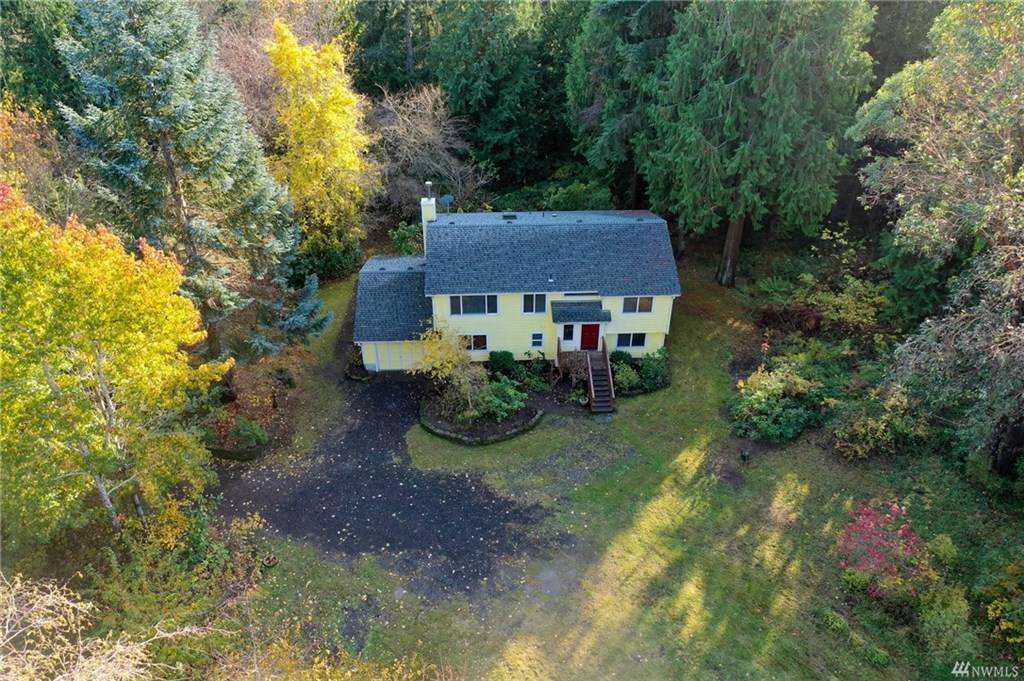 You have arrived to a very special property in Kingston. Over 9 Pristine Acres, with fruit trees, Timber, and more. This Home is 5 minutes to the Kingston Ferry. Home boasts new interior paint, new flooring throughout, remodel of full bath. 1860 Sq Ft with an attached 1 car garage. 3 bedrooms, 1.75 baths, rec room with cozy wood stove and bonus room downstairs. Plenty of land for horses, barns, pastures, outbuildings, Shop, and R.V's. Many possibilities at this location. Also, this property has a Well that should accommodate up to 5 connections total. Looking for a Private Sanctuary; you have found it.