Hawaii was the last state to be admitted to the Union and is the only one to exist completely separate from another mainland. Geologically the islands are a collection of volcanic features. While other landmasses often shrink, the Hawaiian Islands are distinguished for their ability to grow, thanks to the continual production of lava, the substrata for the islands. In fact, consider the unique ecosystems of these volcanic and tropical islands, in combination with their remoteness to any other landmass, it seems amazing to realize the collection of flora and fauna extant on the islands. As impressive as the evolution has been, though, overdevelopment has made many of the native plants and animals endangered. Hawaii now has the dubious honor of having the longest list of endangered species in proportion to its size.

As far as population goes, Hawaii leads the Union in multicultural residents, number of Asian Americans and a surprising lack of Hispanics, proportionately. Also, if you seek good, clean living, Hawaii now boasts the longest life expectancy of any other state. Besides English, the state recently added the Hawaiian language as the alternative official language. This is why many place names are now given in English and in their Hawaiian version. Native Hawaiians comprise a subset of Polynesians.

Hawaii’s educational system is quite distinct as well. While other states have decentralized public school systems, or those run by local municipalities, Hawaii’s has remained governed by the state’s singular Department of Education.

Pearl Harbor was, and still is, a key Pacific Naval Base. On December 7, 1941, the Japanese attacked it in a brutal and unexpected air strike. This singular event officially launched the U.S. into the midst of World War II. Today Pearl Harbor is one of the most popular tourist attractions in the state. 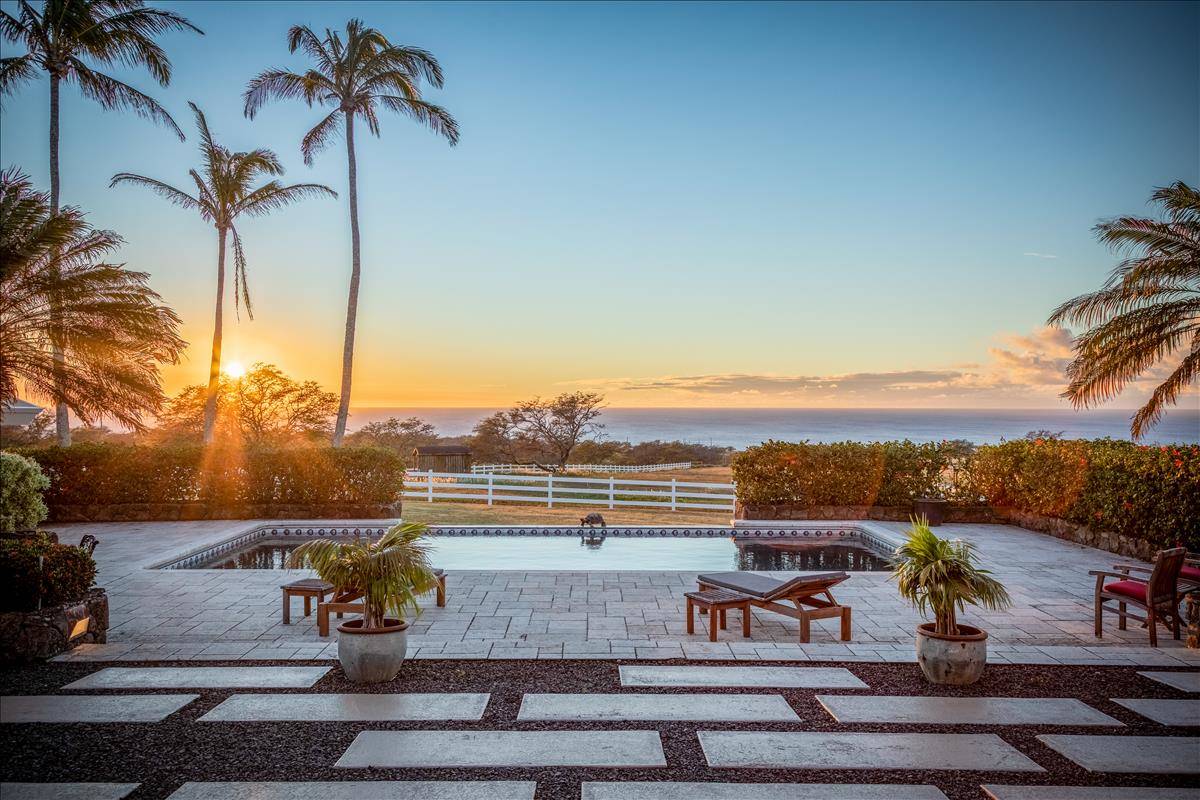 Located in North Kohala on the Big Island of Hawaii. This 20 acre estate offers over 180 degree ocean views, sunset views as well as Maui, Lanai and Kaho'olawe island views. In the winter months one can see whales from the comfort of the lanai. Puakea Bay Ranch is a small gated community consisting of forty 10 acre lots with 19 homes just 3 miles from quaint historic Hawi town. For more photos go to https://sites.spaces808.com/562961-Puakea-Bay-Dr

Aloha and welcome to The Seahorse Ranch. A breathtaking, 5 acre equestrian estate conveniently situated on the slopes of Hualalai in the heart of Kailua Kona. Located within the ultra-private gated Keaolani subdivision, comprised of just nine exclusive lots. As you enter the property you will be awestruck by the overwhelming beauty of the lush, park like grounds. You'll see mature trees, vibrant tropical plants, an herb and vegetable garden and fruiting trees lovingly identified with Seahorse Ranch placards. The property sits at the "Goldilocks" elevation of 900 ft. Not too hot and not too cold, but just right! This is truly a must see to fully appreciate property. Be sure to view the 3d tour at the top of the listing or https://my.matterport.com/show/?m=DVTVi7aaUbs&brand=0