Horse Property For Sale in Wyoming

Wyoming is the least populous U.S. state, with a U.S. Census population of 563,626 in 2010. This is a 14.1% increase since 2000. It is the tenth largest U.S. state by area. Cheyenne is the capital and the most populous city of Wyoming with a population of nearly 60,000 people within its city proper.

Rodeo is big in Wyoming. Maybe it’s the Western culture that surrounds it, the history behind it or the no-holds-barred displays of courage and expertise, but rodeo is unlike any other sport and it is also about authentic Old Western spirit, camaraderie among competitors and raw emotion in the arena. Nowhere else can you truly witness the essence of Wyoming quite like this. Rodeo is a way of life and a profession for cowboys and cowgirls, who travel across the West making their living by bronc and bull riding, calf roping and barrel racing. It’s an occupation born in the days of the Wild West, when excellent horsemanship was a necessity on the ranch, as it still is in many places in Wyoming today. Back then, working cowboys would show off their riding and roping talents to one another, sometimes competing with neighboring outfits. Eventually, these get-togethers moved into towns as organized “bucking shows,” which gained popularity in part due to Buffalo Bill Cody’s traveling Wild West Show. 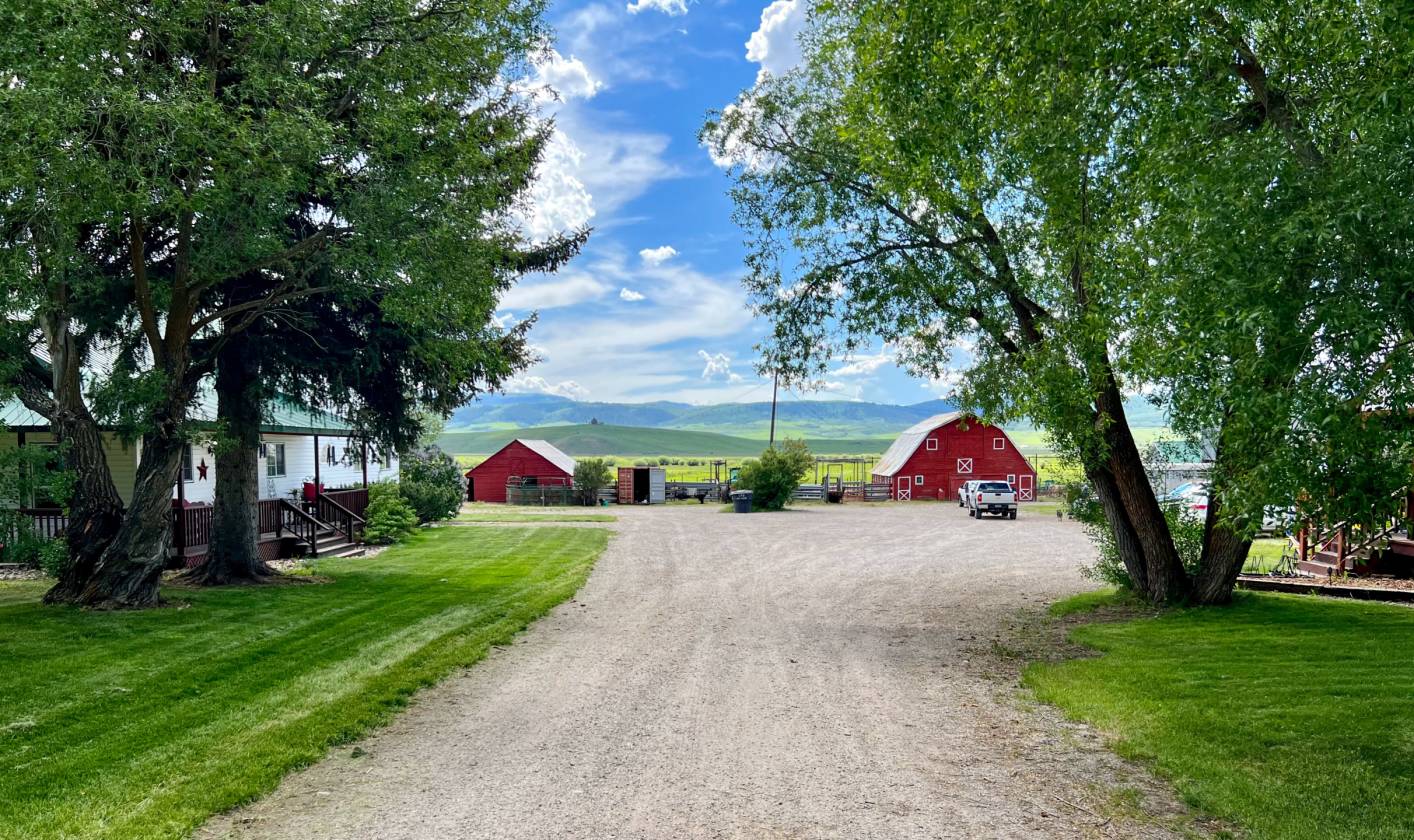 Originally built upon in 1919, the West Ranch is among the hallmark operations in Star Valley's agricultural history and is situated just south of the Narrows in the beautiful Salt River drainage.

A PROPERTY LIKE NO OTHER - Perfectly situated within the coveted Dairy Ranches, this 25 acre estate enjoys pristine views of the majestic Tetons and vast Snake River Range. This property is the culmination of 2 decades of work by the creators of this private residence and equestrian retreat, just minutes from the Town Square of Jackson. Comprised of three separate structures, the property includes an exquisite 3BD/5BA - 4,916 sqft main home, a 2BD/2BA - 1,000 sqft guest house and a 4,332 sqft show-jumping barn that includes 7 stalls, hay loft, shop, bath, office and tack room along with 8 paddocks of various sizes and a 36,000 sqft professional outdoor Jumping & riding arena. Experience the ultimate Jackson Hole lifestyle in this one-of-a-kind offering. An incredibly cozy 2BD/2BA guest home exudes warmth and privacy while the west end of the property consists of a professional jumping barn complete with 7 stalls, hay loft, shop, tack room, bath and office. 8 paddocks of varying sizes open to a 36,000 sqft riding/jumping arena made from recycled Nike footwear. 4 individual wells irrigate the entirety of the 25 acres and intensive landscaping omits views of any surrounding properties. This home and equine facility could not be reconstructed with today's limited allowances by the town and is thus a truly one-of-a-kind property 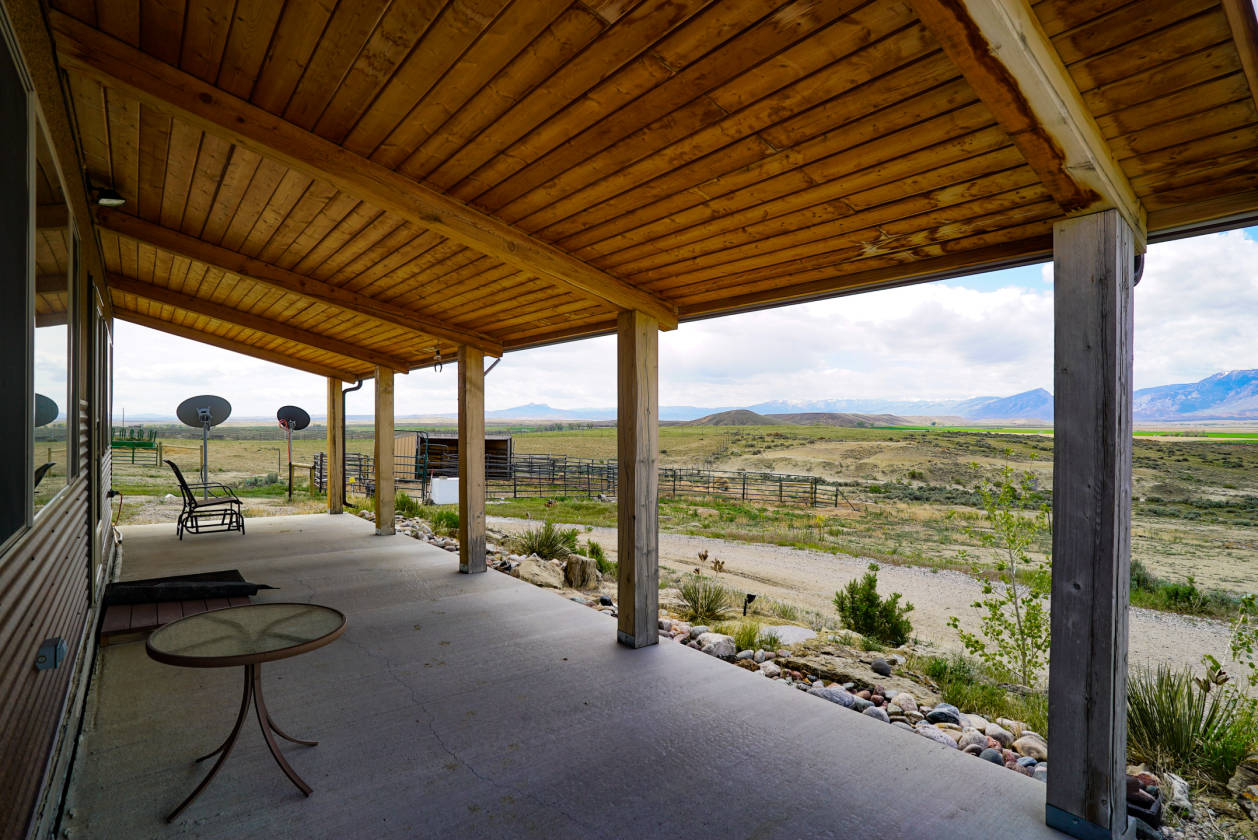 Spectacular mountain views from this 35 Acre cabin. Get away from it all!

This beautifully maintained home is situated on 35.3 acres overlooking the Clark's Fork Valley of the Yellowstone. With spectacular views from the Beartooth Front Range to Heart Mountain. Enjoy amazing sunsets from your covered patio. With a private well, horse shelter and fencing, this may be the property you've been waiting for. 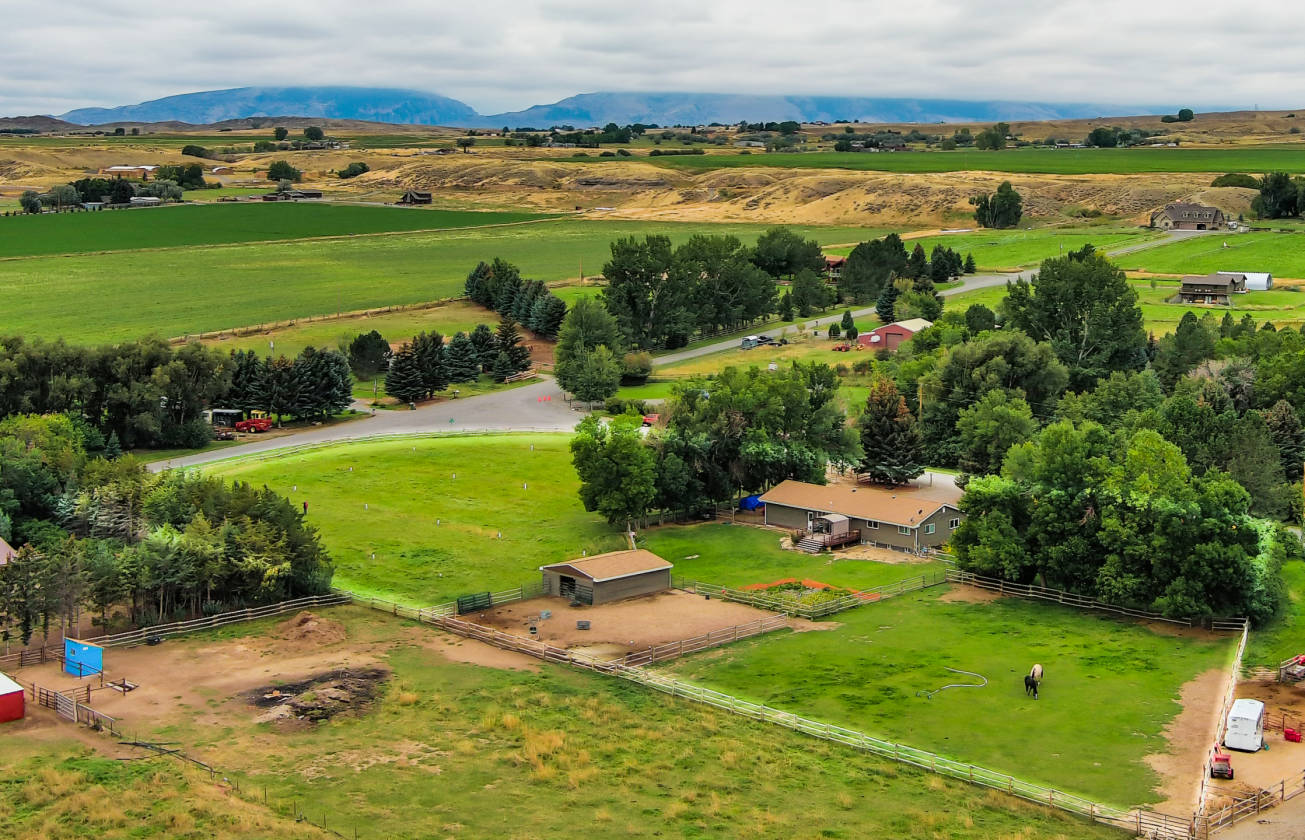 This adorable home is situated on a lovely 2.78 Acre fenced parcel in an equestrian neighborhood. A small barn, automatic waterer and irrigated field with sprinklers makes this an ideal horse property. Ample shade from an abundance of mature trees and perennial flowers everywhere give this home an idyllic feel. Sit out on the front or rear trex deck and soak up the country feel of this wonderful property just outside Cody. With 5 bedrooms and 2 bathrooms including a sizeable executive suite with a gas fireplace and walk-in dual head shower and you've got all the amenities that you need as well! A well appointed country kitchen welcomes you inside and the partially finished basement offers up the opportunity to build equity in the great home. 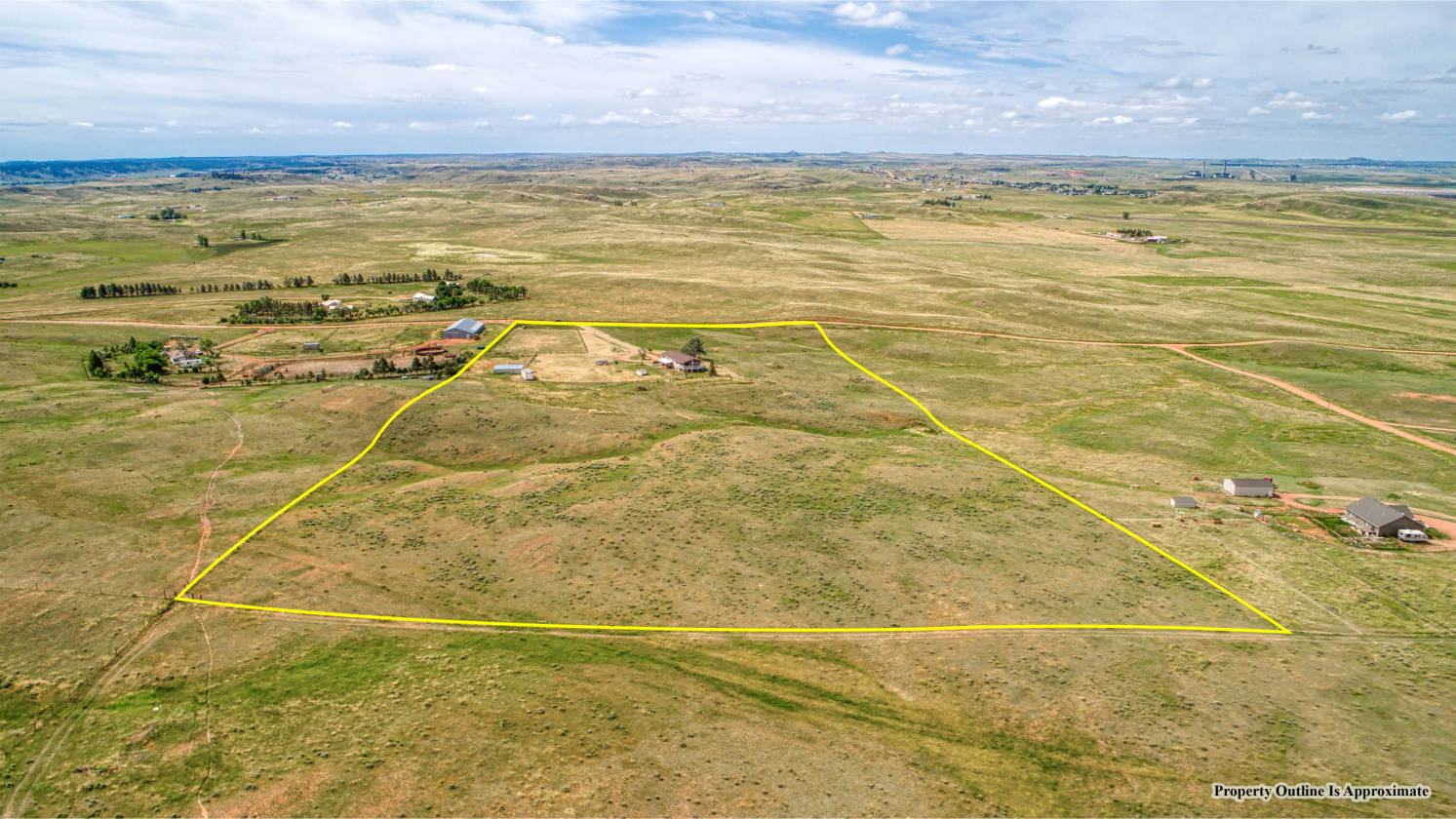 20 acre property that is more rolling hills than flat. Pipe arena with 2x4 woven wire fence. Could easily add continuous fence to sturdy it up if you desired. Return alley, roping chute, tie bars near the roping chute. Arena travels upwards, so in our opinion, this would work really nicely for training horses for competition. Legging your horses up here would just come naturally as the roping chute sits at the lower end, and all the exertion of tracking your cattle is in an upward motion. Arena is a bit wedge shaped, but turning steers should not be a problem. Home sits in the middle of the property, and the pasture makes a U shape from the lean too barn around to the west side of the home, so monitoring your livestock from the comfort of your home is easy. 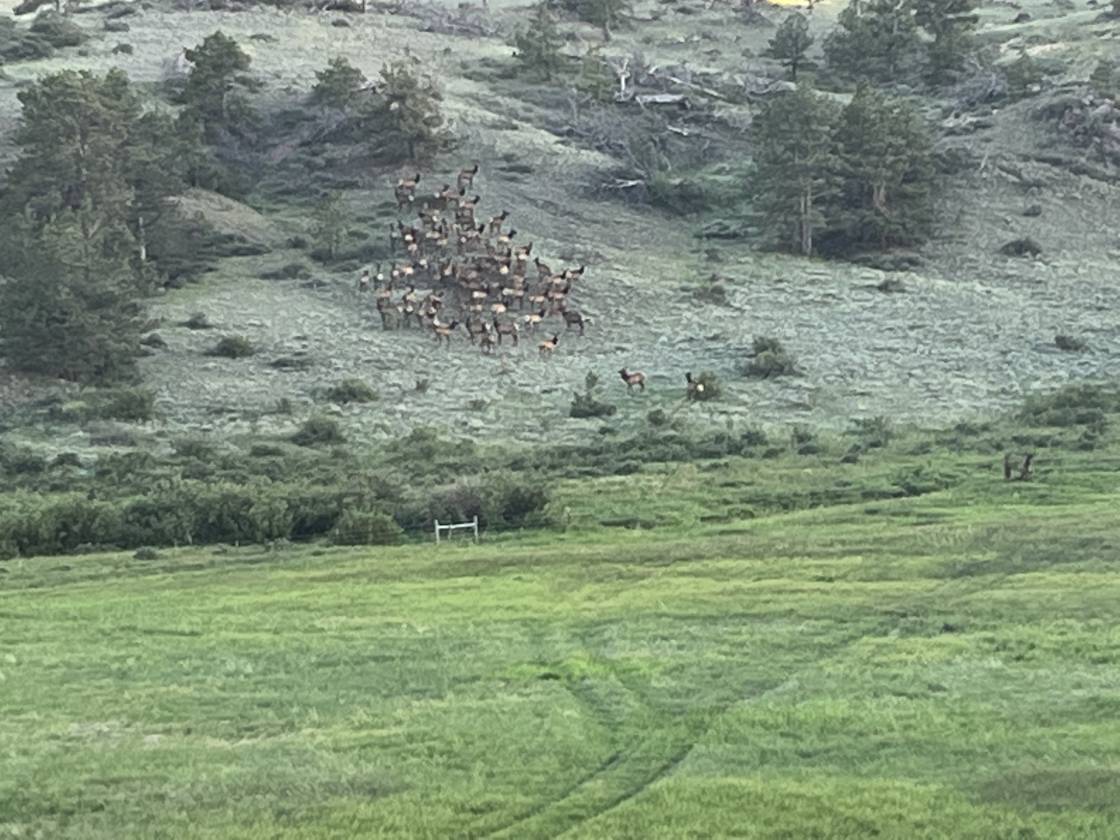 The West Fork Ranch offers the perfect opportunity to escape the chaos of suburban sprawl and settle down with the peace and serenity of wide open range and country style living! Take in the abundant wildlife, never ending views and stunning sunsets from the secluded and private end of the road location at the southern end of the Laramie Mountain Range in southeast Wyoming. 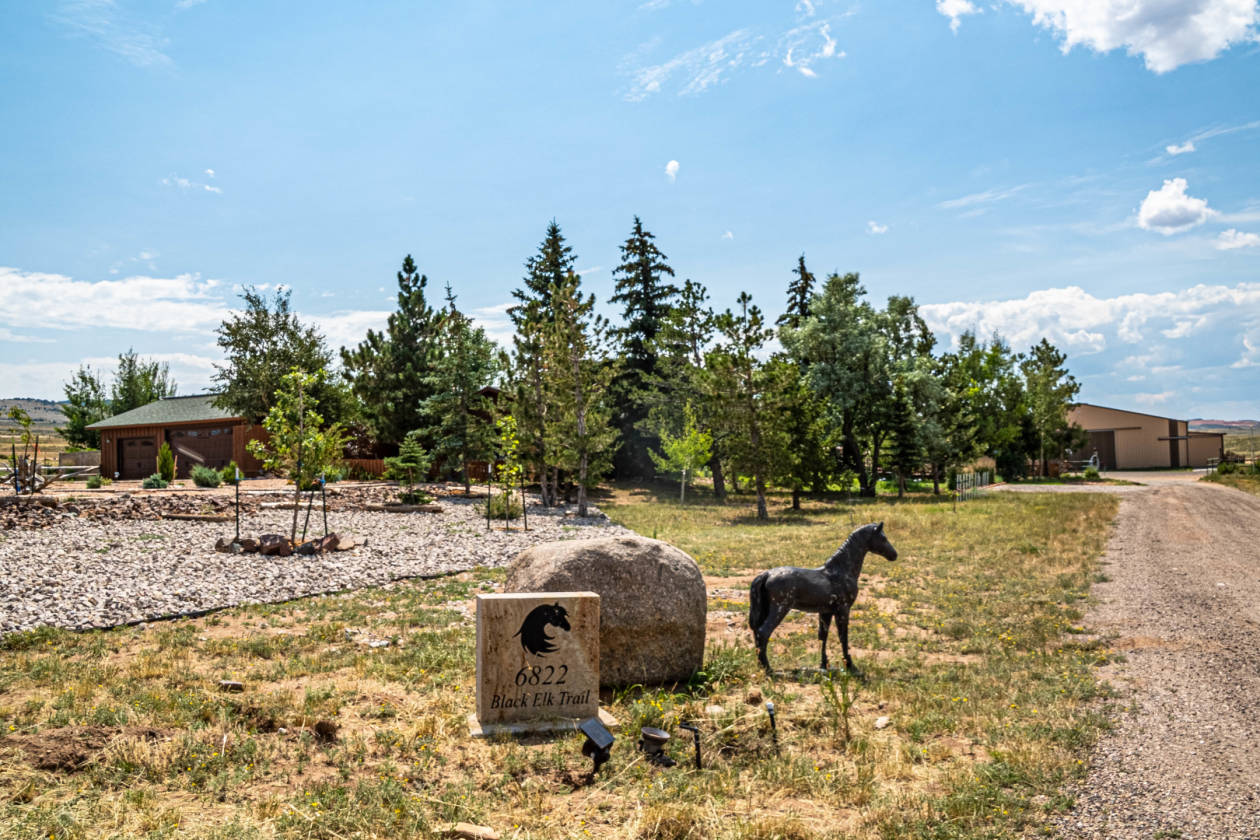 The Nightingale Ranch is a well appointed equestrian estate that sits at the base of the Laramie Mountains overlooking the city of Laramie, Wyoming. The excellent location provides panoramic views and vistas creating the perfect setting for those that want to spend time with their horses, family and friends! 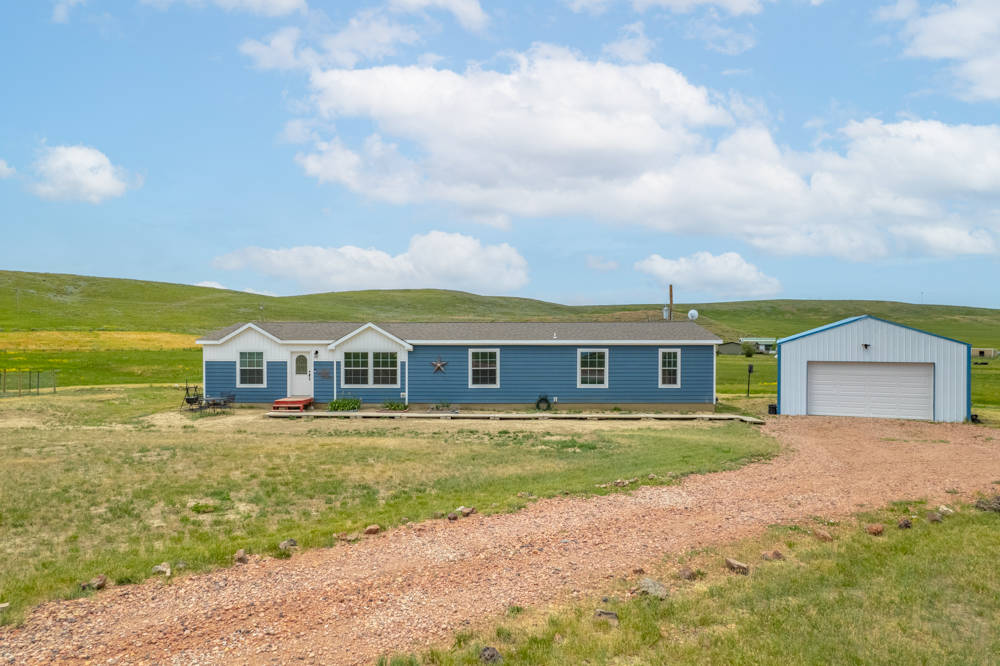 Located on over 8 acres just minutes west of town. This 5 bedroom 2 bath home offers an open living area with a kitchen you'll love. From the double oven to the farmhouse sink and the walk in pantry, this kitchen is designed to impress. Enjoy watching the antelope play on your property, from the sliding glass door of your dining area. Quiet country living perfect for horses, with plenty of room to add a barn or larger shop. The garage offers 26ftx26ft of space for your vehicles and storage. This neighborhood area attends Sage Valley JH and Thunderbasin High School 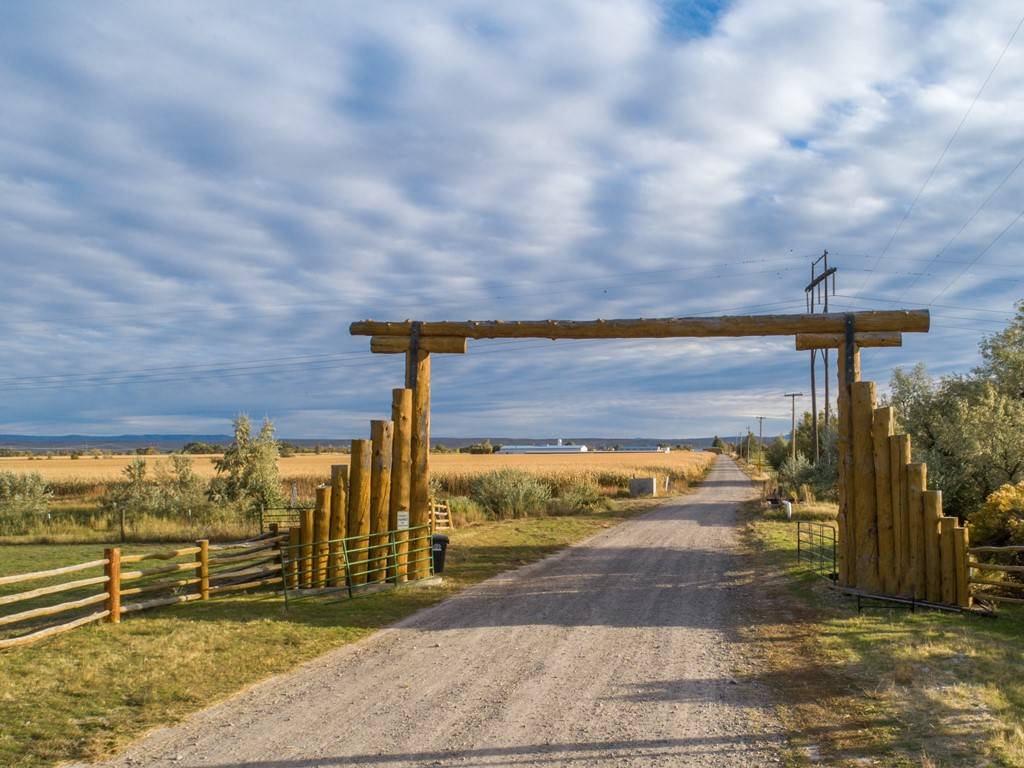 WIND RIVER EQUESTRIAN CENTER, & FARM is an elite equestrian property with more than you can imagine situated along the Big Wind River on 273+ acres. NO DEED RESTRICTIONS, NO CONSERVATION EASEMENTS, & NO COVENANTS. This property is an incredible investment as a legacy holding or business venture with development potential. The farm ground is under agricultural lease until 12-31-2022. 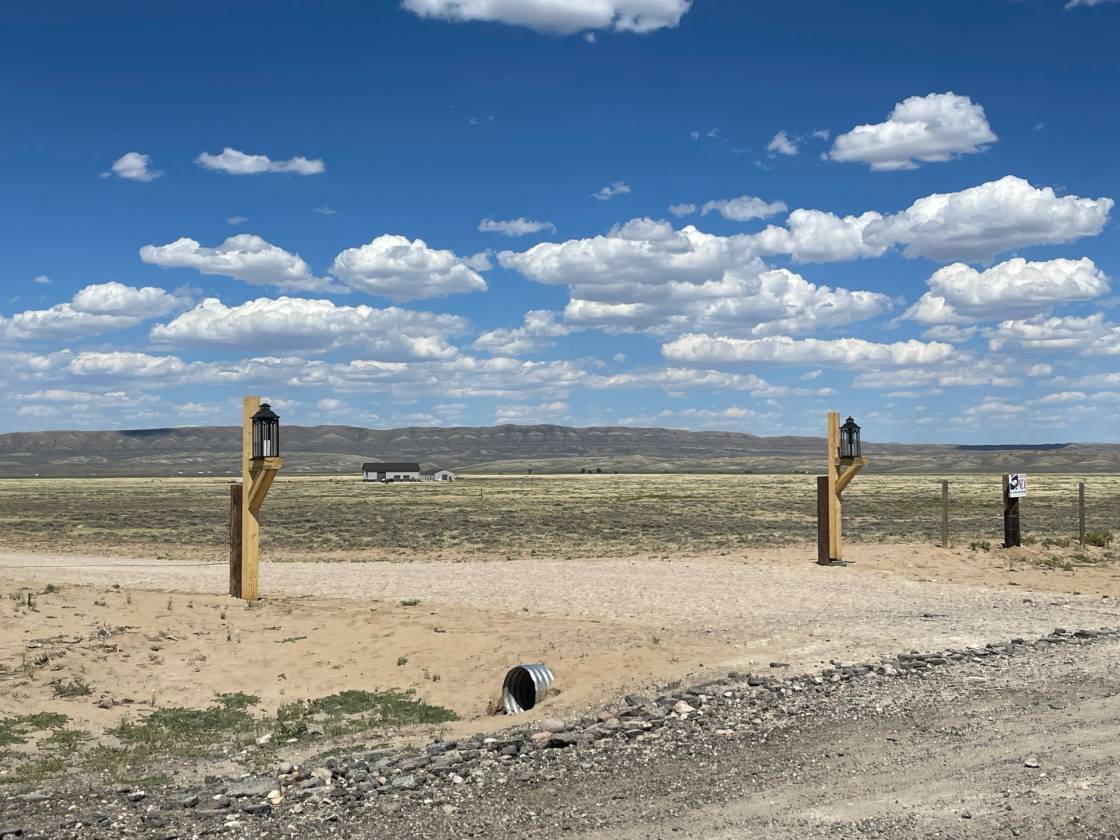 Own a piece of Wyoming with this 38 Acre parcel Just 16 miles North of Saratoga.

Own your piece of Wyoming!! 38 Acre Lot in Open Range Estates PUD. Just 16 miles North of Saratoga, then 2 miles east. Close to I80 and just 25 minutes form Rawlins! Amazing views of Sheephead, Elk and Coad Mountains. Ready for you to build your dream home! Call Today!