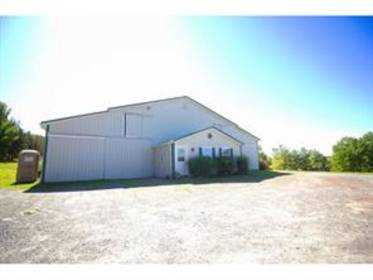 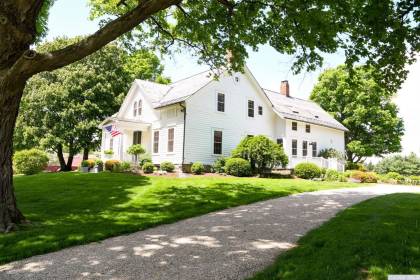 An estate like no other! This 36 Acre oasis sweeps across farm fields, ancient maple trees and flower gardens. This home was renovated and maintained to the highest standards by top craftsman with 4000 square feet living space of original details and wide board pine floors. The gourmet kitchen with marble countertops and professional appliances will excite any chef. Your guests, friends and family will appreciate the warm accommodations provided by this home that includes five working fireplaces, a steam shower, 1000 bottle wine cellar and 1TB fiber optic internet with Cat5 cabling throughout the residence. A heated Gunite pool set above sweeping pastoral views, bocce court and spacious bluestone patios complete the experience. The expanse of barns and 10 Acres of fenced paddocks can accommodate anyones dreams of an equine facility or alike. Located just outside the coveted village of Chatham, and in the middle of the local equine scene. Check out the virtual tour! For more info, Contact: Ryan Lane 518-929-0328 or email: rklane1008@gmail.com 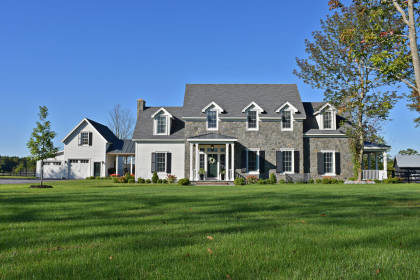 Just built country farmhouse on 11.8 acres, incredible Catskill views, with ALL the bells and whistles! Located in a private, gated, equine estate community, this incredible compound will offer anyone a secure environment and solitude. The to die for kitchen boasts a 6' island, butlers pantry and quartz countertops. 3 bedrooms, all en suite with living rooms, walk-in closets and custom baths. 4 fireplaces. For the equine enthusiast there are paddocks in place, a toy barn for all your ATV's, boats, snowmobiles with a hay loft above that can fit 1400 bails of hay. In a separate barn there are 4 horse stalls (imported from Germany), a tack room, laundry and bath. Numerous bluestone patio's, covered porches (one with fireplace), pavilion, a stocked spring-fed pond, and a 16x36 in-ground pool. Address is: 26 Fairland Farm Rd, Kinderhook, NY 12106 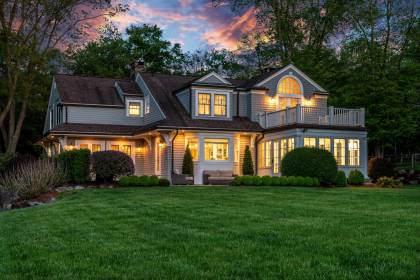 Located in one of Bedford's prime estate areas, this home is directly on the Bedford Riding Lanes trails. The property consists of 4.6 acres of level land. Large barn with four stalls, each with individual walkout turnout, has its own driveway separate from the house driveway. Smaller barn and a tractor shed adjacent to barn. Large sand ring. 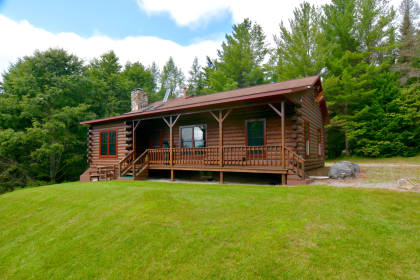 Authentic Lincoln Log Cabin situated on 93.7 acres of Adirondack wilderness. This property abuts NYS land. For the true outdoorsman, this is off grid living at its best. The property consists of the log cabin, separate propane generator shed and 24' x 36' barn which currently functions as a storage facility for lawn equipment, atvs. It has its own separate gasoline generator and woodburning stove. The floor is concrete and could easily be converted to a barn. This property can be purchased individually or together with 1828-B Blue Ridge Road for $445,000 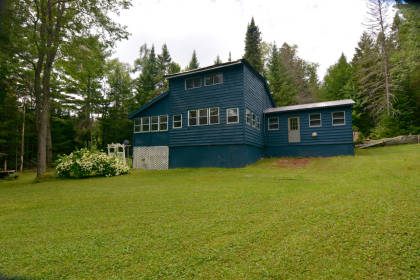 Sweet Cape on .40 acres in Adirondacks of New York

Cape Cod style home with right of way from Blue Ridge Road to house. The home has separate well and septic using propane generator for power. Exterior was recently stained, new gas line to be installed from propane tanks to generator to house. The generator is housed in a separate shed. This property may be purchased separately or together with 1828-A Blue Ridge Road for a total of $445,000 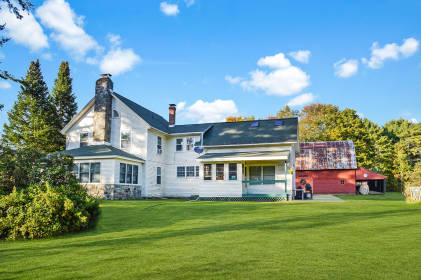 Paradox Farm or “the farm” as the current owners call it, is located, in the hamlet of Paradox, NY in the Town of Schroon. The main house and surrounding property were once part of a larger family holding that dates from approx. 1896. The property totals 7.9 acres and includes the main house, a large barn and several small outbuildings. 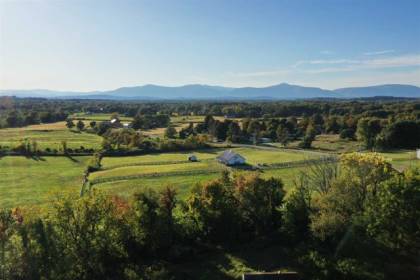 Spectacular Sunsets over the mighty Catskill Mountains from the fabulous Hudson Valley horse farm. Fabulous Brescia barn has 6 stalls,4 matted with one padded foaling stall 14 x12, a tack room with bath,bath stall and a 1 bedroom apartment with lovely maple floors and Joule wood stove in Living Room, Country Kitchen, Full tiled Bath and Cozy Bedroom plus bonus room on the second story. Each of the 4 paddocks has its own water supply and electric. There are two run-in sheds 14x20 and 12x14,2 acres of Dog Watch fencing PLUS the most gorgeous building site set up in the back.Excellent opportunity to live in apartment while you build your castle. This is a very special property lending itself to many possibilities. Almost 15 open acres with a view from every angle bordering conservatory property Excellent location within 10 minutes to Hudson, Germantown and Red Hook. 15 minutes to Taconic Pkwy.Red Hook School District. 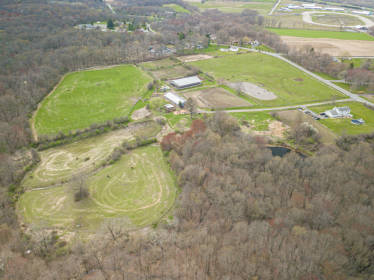 Horse Property on 108 Acres Along The Rondout Creek

Find your refuge here! This luxurious, custom built estate combines modern design with a bucolic country setting and provides endless opportunities to embrace the great outdoors on 108 acres along the Rondout Creek. The 6,400 SF modern main residence features a glamorous great room with 16’ ceilings and massive windows following the sun on its daily course. The centerpiece of the room is a unique granite wood-burning fireplace with double exposure to the living room and the gorgeous bluestone patio with built-in Wolf BBQ grill. The dining area is equipped with a butler’s kitchen for the ultimate dining and entertaining experience. A separate gourmet kitchen designed with first class appliances (Wolf, Sub-Zero), custom cabinetry, glass tile back splash and sleek granite counters for creating perfect meals. The giant family room calls for endless party fun, such as billiards or in-home movie theatre and comes with a fireplace, dedicated covered patio and easy garden access where is plenty room to spread out on the irrigated lawn surrounding the house. There is enough open space for a full-size soccer field, and/or a pool! Enjoy the beautiful landscaping, the bounty of the organic vegetable garden and eggs from the nearby chicken coop.This property offers superb live-work balance with spacious bedrooms, one with a fireplace and all with dedicated baths, and two offices as well as a separate office entrance. And don’t forget to take an exercise break in the expansive gym! In addition, the separate 2 bedroom, 2 bath guest house and one bedroom apartment above the 4-car heated garage allow for a variety of living configurations. Your horses will love life in their meadow by the 4-stall horse barn that is equipped with a wash station and a heated tack room. Get your inspiration on a daily ride(by horse or ATV) or hike through the forest on well-maintained paths leading to the banks of the riveting Rondout Creek. In addition, you will find historic traces of the Delaware & Hudson Canal and towpath, built between 1825 and 1828. This one of a kind, truly gorgeous property is situated in complete privacy, a few minutes to Stone Ridge and High Falls with shopping, restaurants, farm markets, rail trails, breweries and rich history, only 20 minutes to Kingston and New Paltz. In the heart of the pristine Rondout Valley, close to Mohonk Preserve, Minnewaska State Park and the Catskills. 90 minutes from George Washington Bridge. Become a part of our Mid-Hudson Valley community and enjoy all it has to offer!