Vermont is the second smallest state in terms of population (it has 609,000 residents) and the sixth smallest in geographic area. Lake Champlain, the nation's sixth-largest freshwater body lies at the northwest border with New York State and Canada. The state is split east-west by the Green Mountains, which are popular for recreational activities. The eastern border with New Hampshire is defined by the Connecticut River. Vermont is the only landlocked state in New England which leads to its often being short-changed in guides to the region.

The state is extremely rural, its valleys littered with farms. Its largest city is Burlington, pop. 38,889. Among the state's major exports are cheese, maple syrup, marble, slate, and granite.

Tourism is also a very large industry in Vermont, as skiers travel from Boston, New York, Canada, and elsewhere to ski resorts up and down the Green Mountain spine during the winter. In summer, the many bed and breakfasts fill up with couples and families wanting to visit the state's small towns and wild areas. Vermont's autumn foliage is known for being the most spectacular in the country, and possibly the world. It occurs quite early -- usually mid-September to mid-October. 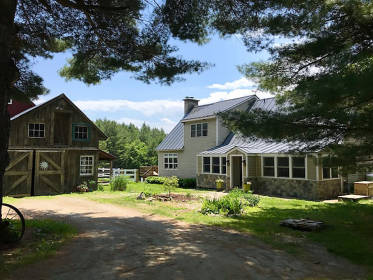 A real departure from the hectic lifestyle of more urban areas. Quiet, peaceful, fresh air, incredibly refreshing places inside and out to relax, work, live. This horse property offers great horse amenities but also room for other endeavors. Quality woodwork taken from the property is utilized throughout, even stones used in the specially designed fireplace in the living room come from on site. Year round considerations, including chemical sensitivities, organic gardening, animal husbandry were all incorporated in this architect and craftsman approach to revamping this 1982 small farmstead when they remodeled and added the great room, kitchen, dining area addition in 2012. A chef's kitchen with custom concrete counters, cherry cabinets, farmers sink, Viking Range, and 4 pantry closet. The master suite has a large soaking tub, steam shower and double vanity. There are screened rooms and 2 large decks for enjoying your view of the landscape inside or out. There is a raised bed garden area, horse barn with tack room and 7 box stalls, a separate barn workshop, detached garage, a garden shed, sugar house, lovely pasture fencing, dressage area and pond. The property truly invites you to explore your passion. Peace, quiet, animals, healthy food, music, hobbies, etc... all within easy striking distance of resort and community resources and amenities. Fabulous place to relocate to, have horses or even use as a vacation home. 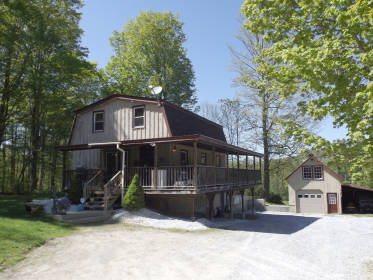 Your Very Own Piece of Vermont

REDUCED! Looking for your very own Piece of Vermont? Absolutely stunning mountain views are but one highlight of this 12.74 acre "QuarterlineFarm" setting. Open pastures & meadows, woodlands, massive five-stall horse barn with full hay mound w/capacity to store over 1200 bales. Detached one car garagewith overhead storage, heat, electricity. Gambrel style 3 bedroom 1.5 bathroom home with delightful covered wrap around porch. Simply ideal for relaxing and enjoyingyour morning coffee as you watch the sun rise over the mountains... or kick back and put your feet up after a long day of riding or hiking and observe the passing wildlifeas they leisurely stroll by. Very hard to find a setting quite like this one. 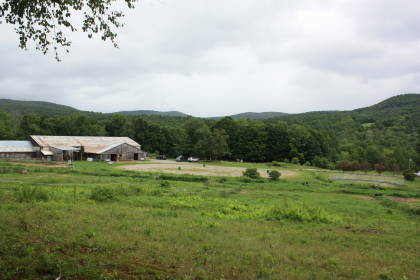 Make your equine dreams come true with this operating Horse property! Limitless opportunities to run your horse business, use as a storage facility, workshop, studio. The seller has previously had perk tests done for a mound system septic (would need an updated test). Currently there are 10 boarders with more arranged in the Fall. This property is fully operating and self-sufficient. The main front barn built in 1991, offers an 8,040 square foot indoor riding arena with fresh surfaced floor, a 60'x60' stable with 19 stalls, storage, hay loft, and two tacks rooms with viewing windows in to the riding arena. All of the stalls have doors and windows with lots of natural light from skylights in the barn. The back stable was added in 2004 and offers and additional 8 stalls with many access points to outdoor areas and pastures. The structures are in great shape and this property continues to be well maintained with newly resurfaced outdoor ring, freshly graded driveway, new pressure tank, and new drilled well and holding tank for water supply. There is a large oval exterior ring and riding pen along with numerous fenced in pastures. The property sits on a hill with beautiful mountain views just minutes from Route 15, the Jericho Market, Poker Hill School, and all of the amenities one may need. 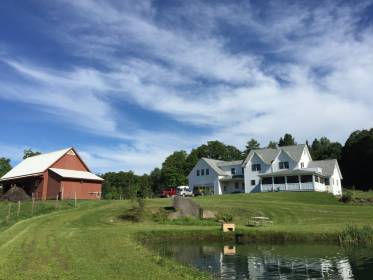 Custom built home with three stall barn and over 8 acres with pond.

This home was custom built in 2004 by professional, high end builder/general contractors. Spacious equestrian property! A must see! Situated on 8.12 acres, this 3 bedroom 4611 square foot home and three stall barn is reminiscent of vintage Vermont farmhouses. Enter through the covered porch or the attached 2 car garage with spacious mudroom entry complete with half bath and laundry nearby. Maple cupboards with clever knobs and pulls, granite counters and breakfast bar, stainless steel appliances, and walk in pantry make up the kitchen. All this is open to the living room with the Hearthstone stove centered to provide central heat and atmosphere. There’s a first floor en-suite and wrap around enclosed porch with Trex deck. A maple staircase leads you to two bedrooms and a shared bath. There’s a huge bonus room above the garage. The basement is finished with a fully functional separate, but attached office with its own 3/4 bath and what was once a darkroom is now a brew room. This office has its own entrance and parking area and an outdoor shower if you're out in the field tending to the horses or the gardens or picking raspberries and blueberries and need to clean up. Your horses will live like royalty in their 3 stall horse barn with comfort mats and Dutch doors and tack room, water and power. Ride along the lovely trail with pond or bring them to the riding arena. This is truly a special, well thought out property. 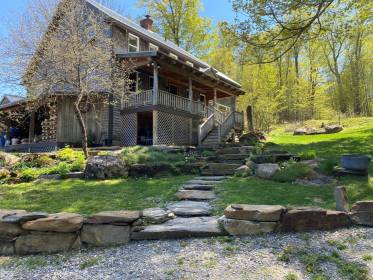 Looking for a peaceful, private and spacious place to live without renouncing all the comforts of modern life? This is the place for you! Private, gorgeous post & beam home! Spacious and light-filled haven only 25 mins to I-91. An ideal equestrian or agricultural property with large barn, fields, and miles of maintained trails. Minutes from Hardwick & Greensboro. School choice includes internationally-respected St. Johnsbury Academy. A true Vermont dream! 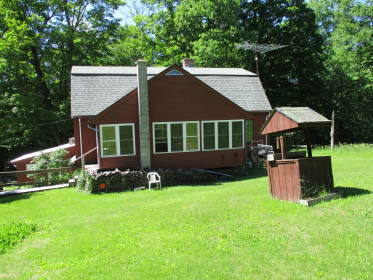 Completely renovated in 2017 from top to bottom , well kept fields, in land use for lower taxes. 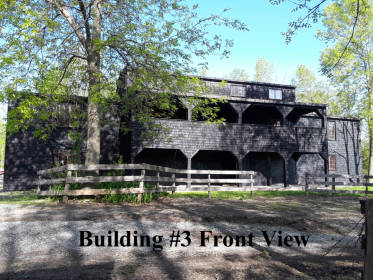 Rare opportunity to own an outstanding very private 100 acre parcel in the Beautiful Lake Champlain Islands. Buildings on the property consist of 2 Homes, a small cottage on the marsh, Barn, Equipment shed, & a 4000 sqft additional structure. This pristine and extremely private property has 1/2 mile of private lakefront as well as 1/2 mile of main paved road frontage. It is the first property you reach after crossing the causeway onto the Island and directly across Lake Champlain from the Alburgh Golf Links. The lakefront is a mix of marsh with several small islands that have access to the broad lake, wooded wetland comprised of mature maple and other hardwood trees, and a pebble beach at the northeast corner of the property. Cottage on the marsh is a special place to sit and watch the wildlife that inhabits the marsh. Beavers, muskrat, mink, otters, herons, osprey, as well as numerous species of ducks can be seen. Several families of Canadian geese return every year to raise their families. Deer, fox, grouse, woodchecks, bobcats are some of the land animals that live on the property. The land is not only a nature lovers and conservationist sanctuary, but the numerous hayfields, intermixed with with large mature trees, fenced pastures as well as varoius outbuildings and their unlimited potential make it ready for the gentleman farmer, equestrian, or a beautuful family gathering place! Recreational features. Boating, swimming, cross country skiing, snowshoeing, walking ,birding, horseback riding, enjoying the outdoors in both winter and summer. Bicycling on the island. Montreal and Burlington Vt within 50 minutes. Skiing in New York or in Vt approx 1.5 hrs away. Notable points of interest are St Annes' Shrine, and Goodsell Ridge Preserve, a National Historic Landmark, where remains of the oldest coral reefs exist and in the summer months enjoy art exhibits and classical music at the barn . You will find a Post office, 2 churches, library, elementary school and an active historical society on the island. Samuel de Champlain landed on Isle La Motte in 1609 and a French fort was built in 1666, which is now the site of Saint Annes' Shrine which includes a large open air chapel. The Shrine is perported to have healing properties. Isle La Motte was named after the fort's builder, Pierre da la Motte. As early as 1832 Island quarries began shipping black marble by barge. The U.S.Capital and National Gallery of Art both have the prized black marble used in them. The Revolutionary War Burying Point was located on this property prior to the headstones and remains being moved across the lake to Alburgh, Vermont when the causeway was constructed. 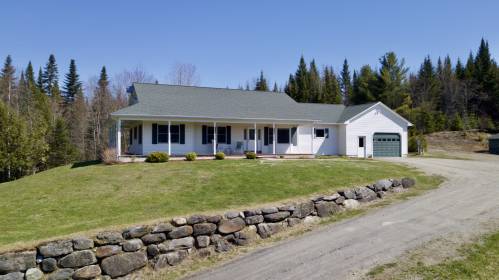 Your country oasis awaits! This beautiful and expansive property features 32.1 acres in a quiet and serene setting with a 5-stall horse barn and tackroom, two run in sheds, pastures, and all the outdoor space you could hope for. This home is comfortably set off the road, providing privacy and the wrap around porch is the perfect place to relax and take in the wonderful view. Inside, you will appreciate the vaulted ceilings, large windows, and open concept layout that make the home feel bright, open, and airy. The spacious living room features a lovely bay window overlooking the backyard and cozy gas fireplace Flowing seamlessly into the dining area, it opens to the functional kitchen which offers ample cabinet space, newer stainless steel appliances and a breakfast bar with seating for three. Down the hallway, you will find two bedrooms, a full bathroom and the master suite, which offers a walk-in closet as well as an en suite with jacuzzi tub. You will find the laundry room and half bath in the mudroom which also provides access to the oversized one car garage and the large unfinished basement – a great opportunity to add additional square footage to the home should you need it. The backyard features a large deck and an array of gardens and land to explore! Joe's Brook borders the property and Marty's is close by. With too many features to list, this home is truly one of a kind and is best appreciated in person! 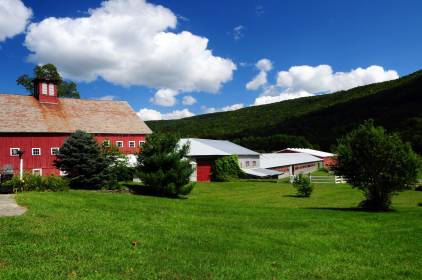 This property sits in one of the most beautiful river valleys in Vermont. 322 River Road includes a large farmhouse as well as the Winchester Stables with its barn, stables, indoor and outdoor riding rings and apartment. The sprawling 9 bedroom, 10 bathroom house sits perched overlooking green pastures, the river and the mountainside. The apartment in the barn offers an additional 2 bedrooms. The 54.2 acre equestrian estate includes 4,000 feet of frontage on the West River. The world-class 42,376 square foot stables feature 48 stalls, a tack room, a wash room and a break room in addition to the indoor riding ring. On the private yet easily accessed River Road, this stunning year-round residence or family vacation retreat lies just outside Newfane Village, an historic district and county seat of Windham County. It is only minutes from I-91. 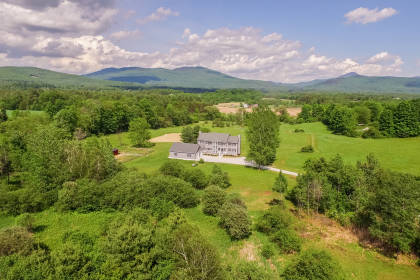