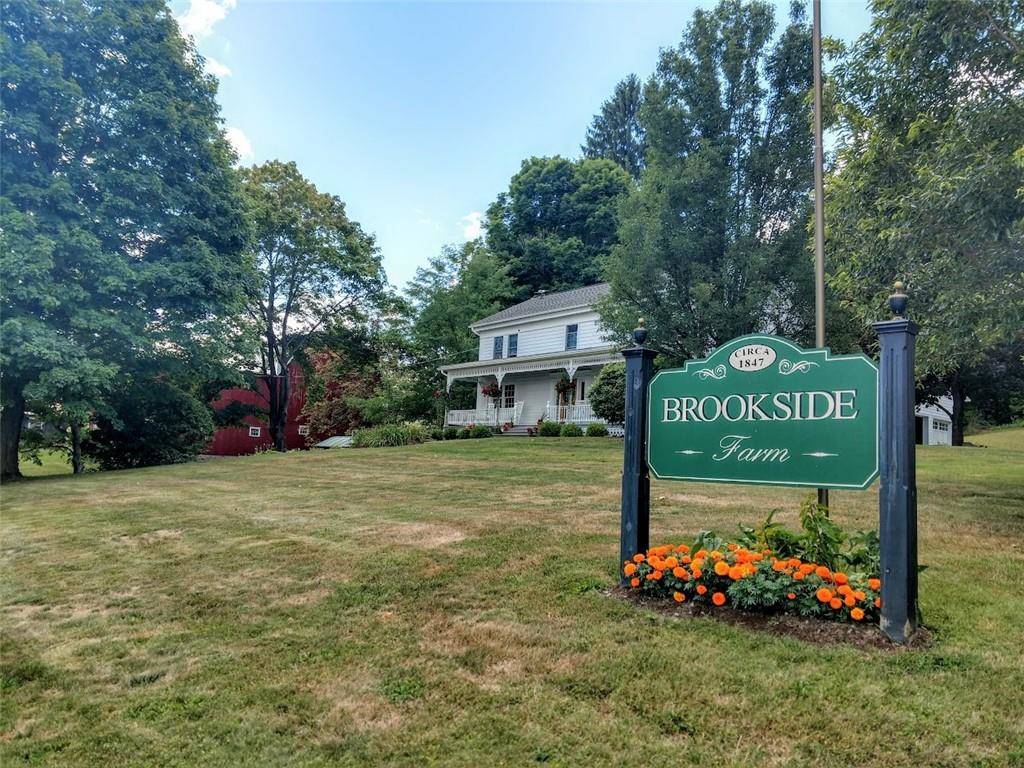 Introducing the Briggs Heritage Farm. This magnificent property is being brought to the market for the first time in 100 years. 400 acres of breathtaking views, endless fields and hilltops, only three hours from New York City. Looking for your own private country estate? Look no further! The 2300 square foot home, which was built in the 1830s and was more recently renovated, features 5 bedrooms and 2 full bathrooms. It has an open kitchen, working fireplaces and the home is heated using a geothermal system. This property can be used in a variety of different ways. It was a working dairy farm up until around a year ago and farming activities could be resumed. It could also be re-purposed as a bed and breakfast or serve as a fantastic rental property. The possibilities are endless. This property is a horse lover's dream, with tons of space to ride them. From the top of the hill, you can see as far as Pennsylvania. There is an active blue stone quarry on the property, which brings in income. There are two year round natural springs. There are even blueberry bushes which produce delicious blueberries. The large fields are maintained by local workers who could stay on and continue to maintain them. The property also has two large barns, a machine shed, a workshop and a beautiful gazebo. The acreage is spread out over Delaware and Broome counties with majority of the acreage lying in Delaware County. The property is situated less than 3 hours driving from New York City, 40 minutes from Binghampton and 50 minutes from Livingston Manor. 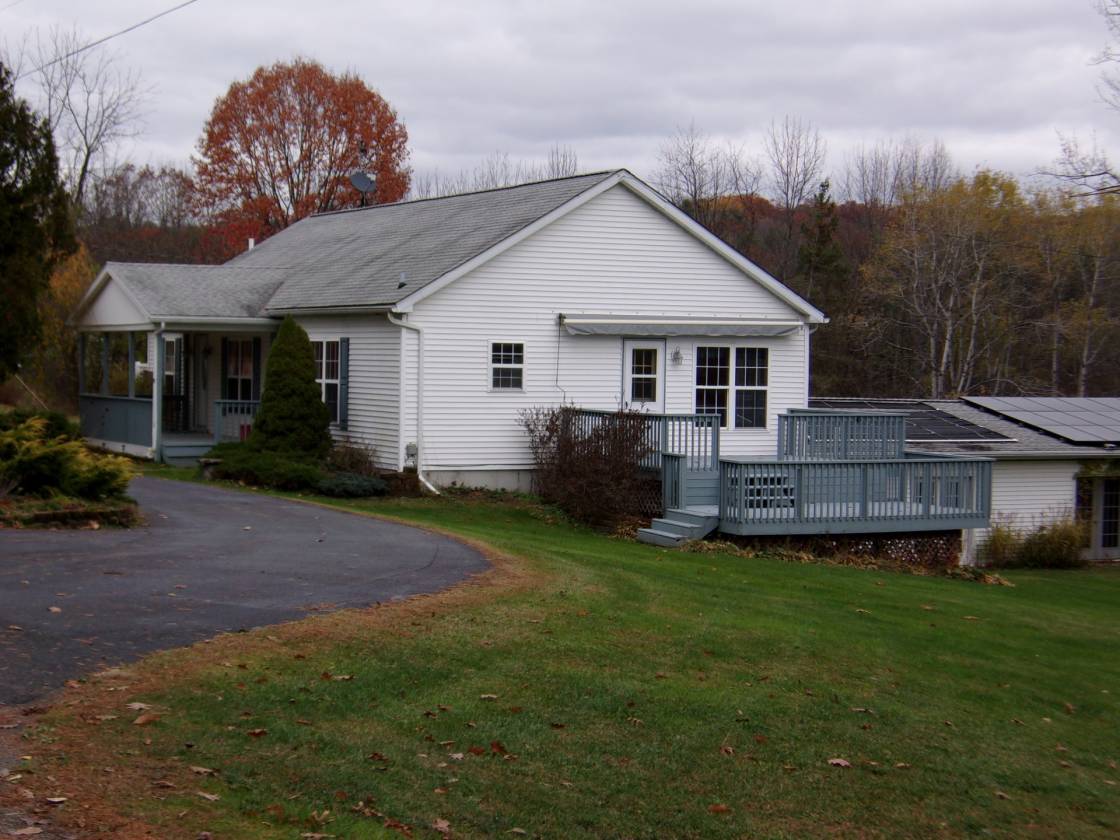 FARM 8 acres of peaceful living: Large metal barn 75' x 30' divided into: Horse barn with 4 large stalls, machinery and hay storage, garage and chicken coop with additional storage space. Farm Tex Canvas 59' x 84' indoor riding arena, 31ft. high to roof peak, has two 10' x 10' doors and entrance door. Installed in 2006 with 20 year warranty on the canvas. Lightening is 4 Halogens. Frost free hydrant. 7 acres white vinyl fencing for pasture. This pasture is divided into 3 separate lots, with 3 run in sheds. 2 wells one for house and one for barn. 2 electric services - one for house and one for barn. riding trails / 4-wheeler trails on both sides of the property. Agricultural assessment applies: 7+ acres/$10k annual gross sales. Abundance of wildlife great hunting and fishing. Private, peaceful and safe, but only 40 min. drive to Binghamton NY. 30 min. drive to Ithaca NY and the Finger Lakes Wine Tours. Well maintained property. Call or text Pansy 607-215-2646 for additional information and to schedule a showing. 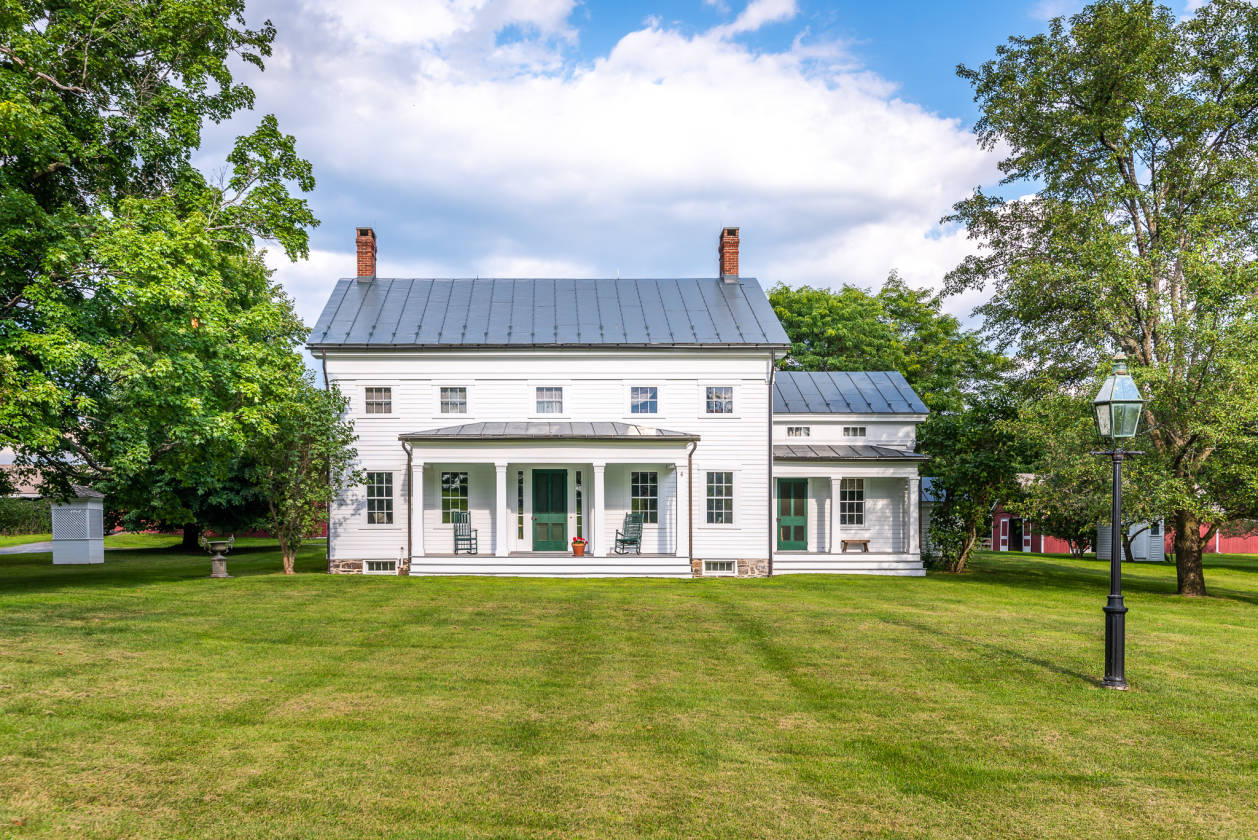 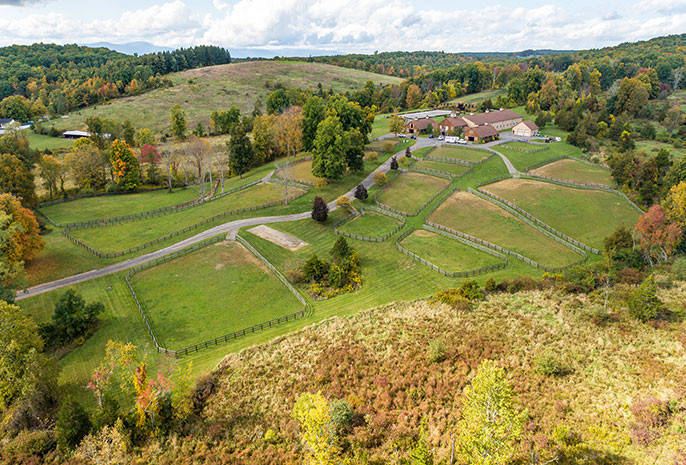 Viking Farm is a premier private horse training facility, sited high on a hill overlooking the pastoral landscape of Northern Dutchess County on 155 spectacularly beautiful acres. The barn complex contains 13 stalls, 2 wash stalls, 2 grooming stalls, a farrier’s stall, a feed room, and a luxuriously outfitted tack room with a full kitchen, dining area and a bathroom with a shower. A large private office is a handsome space from which to conduct the day-to-day operations. The second story of the barn contains a 2 bedroom, 1 bath, 1800 square foot manager’s residence. The highlight of the facility is the stunning 60 x 20 meter Olympic-size indoor riding ring outfitted with IGK high quality dust-free footing. The adjacent outdoor ring, also Olympic-sized, has those gorgeous bucolic views. Numerous paddocks line the drive up to this amazing property. 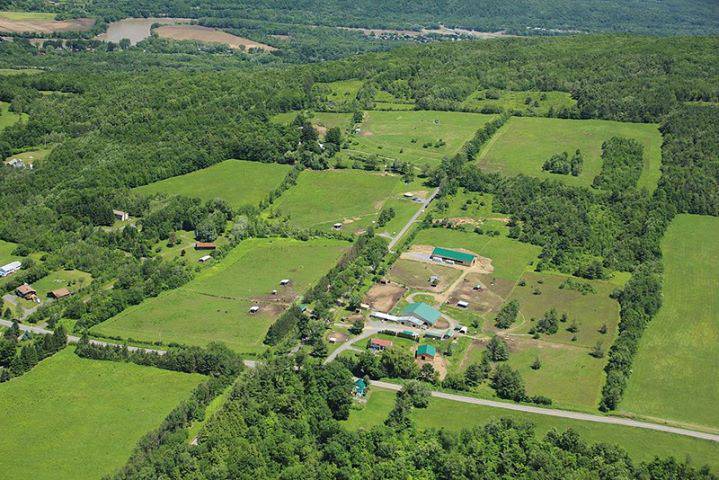 Sprawling horse farm with 80+ acres of pasture, multiple stall barns, indoor and outdoor arenas, pens, paddocks, run-in and equipment sheds for your equine or livestock operation, boarding and training. All with frost free hydrants and electricity, and electric fencing for your convenience. Two single family homes plus cabins, a pavilion, tennis courts, two 30 foot yurts and a 3 stall bathroom facility perfect for events, weddings, concerts, retreats. Two one bedroom cabins perfect for seasonal help, family visits and overnight guests. Seasonal cabin at the High Point of the property offers privacy and spectacular views. Hiking, riding and ATV trails on the property offer plenty of space to roam without leaving home. Escape the busyness of modern life to your own private retreat with stunning panoramic mountain views in a quiet rural community within minutes to I-890, I-90, I-87. A quick ride takes your to historic Saratoga Springs and the country's oldest racing flat track or plan an escape to the nearby pristine Adirondack mountains! 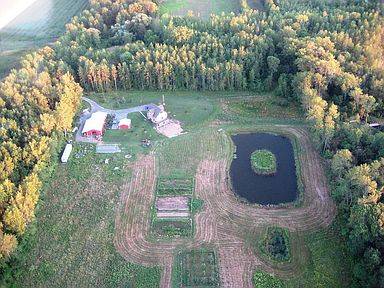 Perfect for horse farm, unique and all natural with trails.

To describe this property as “unique” does not do it justice. This 184-acre gem comes with a beautiful home, several buildings and a green house. It is located just 5 miles from Lake Ontario where you will find boat launches, fishing, fly fishing, water recreation and site seeing. 35 miles from Rochester, 45 miles from Buffalo, a short 1.5hr ride to Niagara Falls and right in the middle of the Niagara Wine Trail. Located on a State highway with cable, Internet, public water, natural gas all buried underground. All the privacy you would want but with access to whatever or wherever you would like. The ponds, pines, woods, fields provide an outstanding nature experience. beauty. The home has massive windows facing a 1-acre pond, a 24ft. cathedral tongue and grove ceiling with radiant heat powered by natural gas or an outside wood furnace. A finished walk out basement with an enclosure under the wrap around cedar deck. Grow your plants in the green house, house your business, shop or work area in 30 ft. x 70ft finished, insulated, heated barn with internet and cable. The land is a paradise with all types of trees, nut, fruit and more. The trails take you from one pond to the next three in all. They each unique with all types of fish. All the property provides a paradise of wildlife and natural beauty. All you have to do is walk out your door and take a walk. There is no end to what this property could be. A private home, a RV park, a horse farm, a vineyard, anything you can image. Come and check it out. We will be glad to provide a tour. 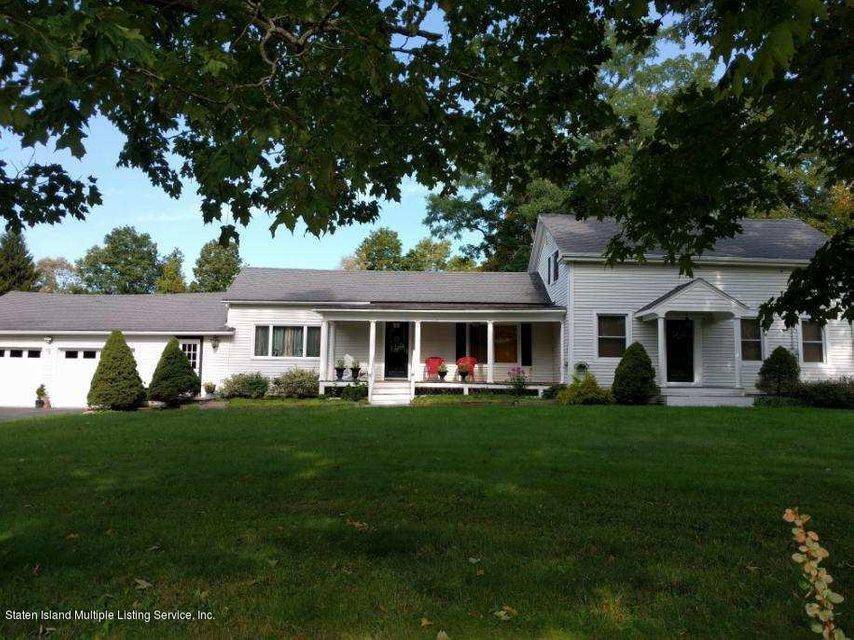 The house is in excellent condition and has a 2car garage. it is on 6.21 acres with a 3.42 acre lot adjacent. to property. The adjacent lot has a garage with electric and can be had for $70,000 . Owner would like to sell both together.